Elon Musk personally delivers the first German-made Tesla Model Y to the first customer of Gigafactory Berlin. The change comes as the factory finally started production. The first car is part of the 30 cars that are to be delivered to first as the production starts. 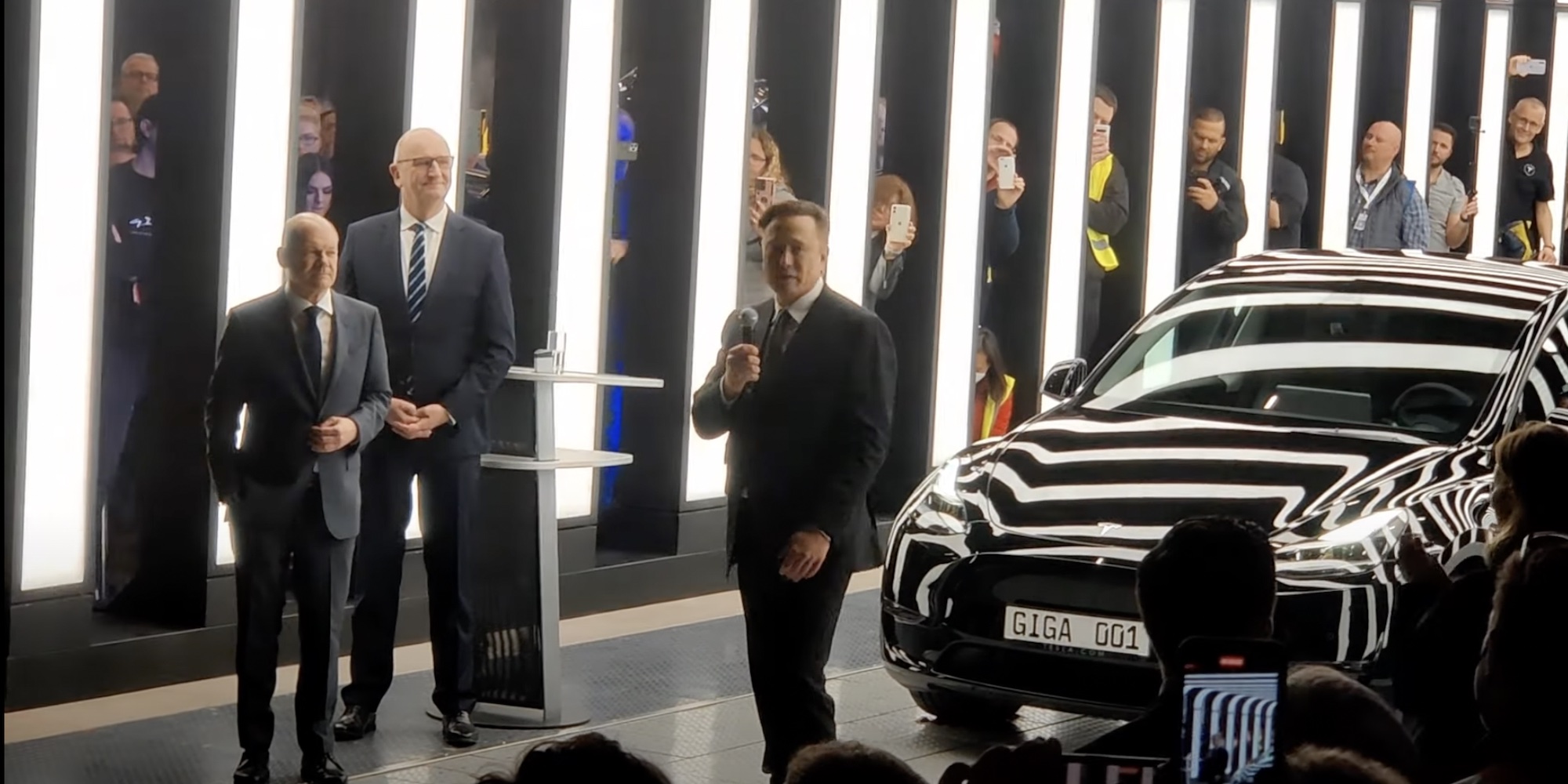 But for Tesla, it’s a big deal not only for adding production capacity with a new factory and tapping into the talent pool in Europe, but it is also going to help Tesla’s logistics by having vehicles made in Europe to feed the European market and free up some production in the US and China for other markets.

Elon Musk made the trip to Gigafactory Berlin to personally hand over the first few cars to customers and he delivered a brief speech. The CEO thanked everyone involved in making the factory happen and made sure to reassure people that Tesla will “do the right thing” with the factory, “Tesla will make sure that this is a gemstone for the area, for Germany, and for the world.” Musk reiterated his vision that electric vehicles, solar, and wind power, along with batteries for energy storage can solve climate change and that Gigafactory Berlin is a “big step” toward achieving that. He wishes that those solutions make people more optimistic about the future.

Tesla didn’t share any information about the current production capacity of the plant, which is expected to reach 500,000 vehicles per year once the first phase of the plant is at full capacity, but it could take years to get there. In its 2022 guidance, the automaker is not accounting for a significant output from the new factories in Berlin and Texas in growth this year. The company is also planning battery cell production out of Gigafactory Berlin – especially its new 4680 cells – but for now the Model Ys produced at the plant are equipped with 2170 cells.

Elon Musk dancing at the opening of the new #gigafactory just outside Berlin, where he was handing the first Tesla Model Y vehicles to their owners #GigaBerlin pic.twitter.com/mxcO8RYs6T

The plant opening came on the same day as the top U.S. securities regulator urged a federal judge not to let Musk back out of an agreement requiring that his Twitter use be monitored. Tesla shares ended up at 7.9% at their highest level in more than two months on Tuesday. The new owners received the Model Y Performance configuration, a vehicle costing 63,990 euros ($70,500) with a 514 km (320 miles) range, Tesla said, adding that new orders from the plant could be delivered from April. Tesla said that around 3,500 of the plant’s expected 12,000 workers have been hired so far. At full capacity, the plant will produce 500,000 cars a year, more than the 450,000 battery-electric vehicles that German rival Volkswagen sold globally in 2021.