Elon Musk said that the Chinese government’s crypto crackdown linked to Communist Party maintaining power that is china’s recent attacks on bitcoin and other cryptocurrencies were motivated by the Communist Party’s fear that the technology would undermine its rule. 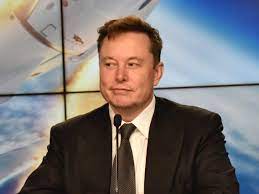 During an interview on stage at the Code Conference in Los Angeles on Tuesday, he stated, “It appears they don’t love crypto.” “I assume crypto is primarily geared at diminishing centralized government control, which they don’t like, is my hypothesis.”

In its toughest crackdown yet on the digital asset market, China’s central bank ruled all cryptocurrency-related transactions unlawful on Friday, and international exchanges are barred from providing services to Chinese residents.

Tesla’s CEO announced in February that the company had invested $1.5 billion in bitcoin and that the company will begin taking the cryptocurrency as payment for vehicles. Tesla did a U-turn three months later and ceased accepting bitcoin payments due to the mining process’s high energy consumption.

Musk was asked on Tuesday what government regulators should do about the growth of cryptocurrencies. “Do nothing, in my opinion. Allow it to float “He retorted. “Crypto has some worth, but I don’t believe it is the second coming of the Messiah. It is hoped that it will decrease the amount of mistake and slowness in legacy money systems.”

Musk also co-founded SpaceX, which earlier this month accomplished the first all-tourist mission to orbit the earth. He and Jeff Bezos, the founder of Amazon, are in a heated space race, with the two billionaires sparring on social media as well as through regulators and other legal channels.

Bezos’ rocket firm, Blue Origin, has filed a slew of complaints with the FCC regarding SpaceX’s Starlink satellite-internet network and other issues. Musk has mocked Bezos’ legal maneuverings in the past, and he did so again on Tuesday. “He should focus his efforts on getting to orbit rather than filing lawsuits. No matter how excellent your lawyers are, you can’t sue your way to the moon “he stated.

Musk was also questioned about the phallic-looking Blue Origin rocket’s form: “It may have a different shape possibly,” he stated. “If you’re only flying suborbital, your rocket can be shorter,” he said, to the audience’s delight.

On Saturday, Musk announced a long-awaited software upgrade for Tesla automobiles that allows drivers to see daily “safety scores.” Regulators have challenged the company’s Full Self-Driving (FSD) software. In a Wall Street Journal story, Jennifer Homendy, the chairwoman of the National Transportation Safety Board, labeled the technology “irresponsible” and claimed the update was premature.

FSD is a more advanced version of Autopilot, Tesla’s driver-assistance software that comes standard with every vehicle. FSD doesn’t make the car completely self-driving, but it does let it change lanes, park itself, and identify traffic lights and stop signs.

After Tesla shares recovered from a downturn earlier this year, the tech entrepreneur reclaimed his title as the world’s richest person. Musk is also the founder of Neuralink, a company that studies computer-to-brain communication, and The Boring Company, which is digging beneath cities.

This month, his personal life took a new turn as well. After three years of dating, the Tesla CEO and Grimes, the musician and producer, called it quits. “It’s basically because my work at SpaceX and Tesla requires me to be primarily in Texas or traveling internationally, whereas her work is primarily in Los Angeles,” Musk explained earlier this month.