Elon Musk takes a dig at Bezos yet again after surpassing him to become the world’s richest person. 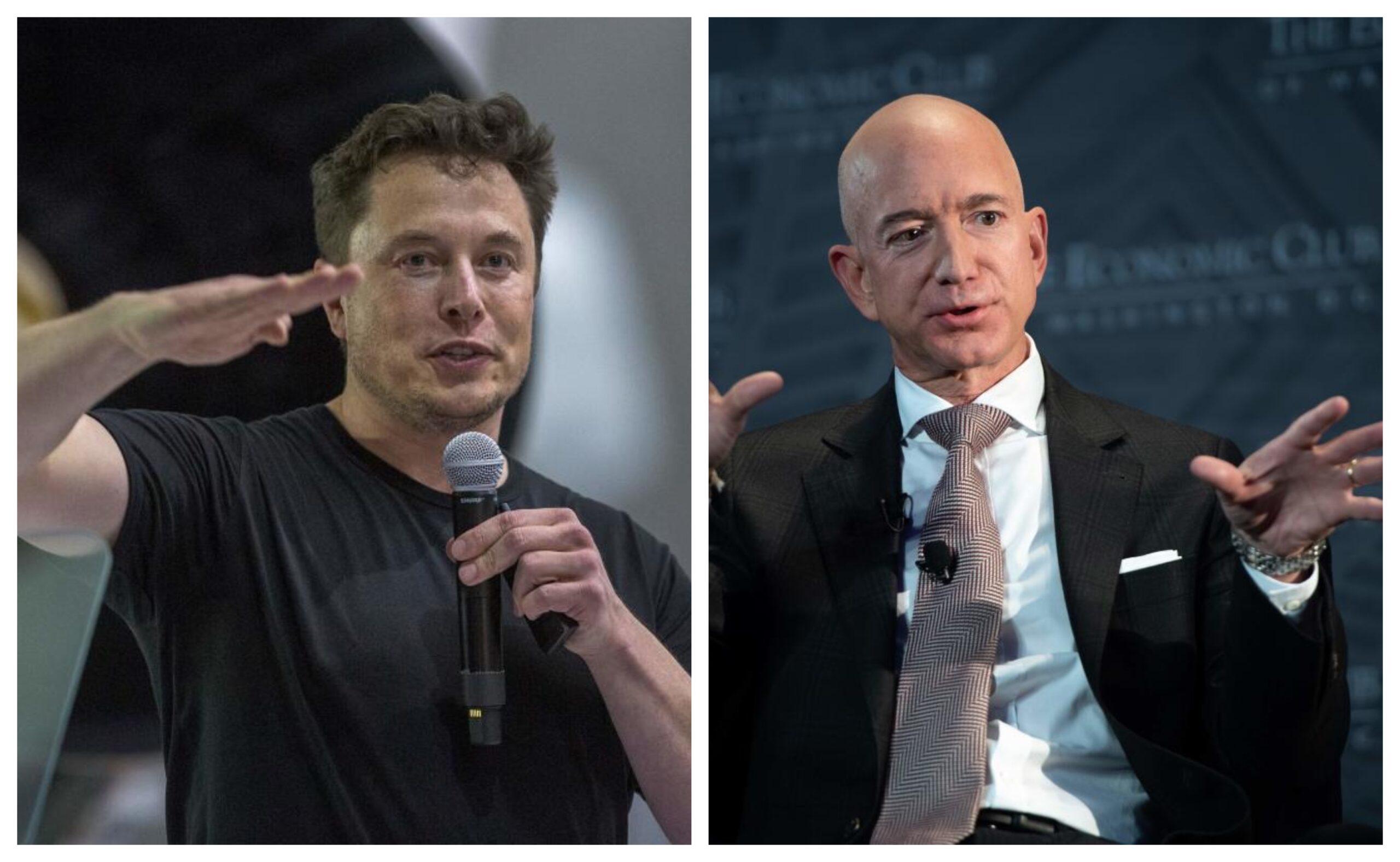 The cold war between Elon Musk and Jeff Bezos seems interminable. The two tech moguls never forego a chance to lock horns with one another. And now the ball is in Musk’s court as he becomes the world’s richest person yet again leaving Bezos with the second position. And now he is flexing his win by saying that he would like to send Bezos a silver medal and a “giant statue” of number 2. Talk about hitting where it hurts. The constant rivalry between the two has reaped more sour grapes for Bezos than for Musk. And with the whole silver medal jibe, Musk has managed to make wine out of the sour grapes. He even went on to reply to a tweet of Bezos with a silver medal emoji with a number 2 embedded on it.

Business rivalry is not something unusual. Especially in a field like a business where competition is one of the primary characteristics, the rivalry is quite natural. However, with Bezos and Musk, this has assumed different dimensions. For this is not the first time Musk is taking a dig at Bezos. Perhaps the chain of lawsuits filed by Bezos against SpaceX might be one major catalyst. Not very long ago, Blue Origin had filed a lawsuit against SpaceX and NASA, to which Elon Musk replies with an equally sharp tweet saying that filing lawsuits against SpaceX is Bezos’ “full-time job.” And unfortunately for Bezos, a good number of people were in agreement with Musk. Although, Bezos wears the cloak of silence most of the time, at times he too hits back with equally strong phrases. Let’s not forget the time when Musk said in his tweet, “You cannot sue your way to the moon, no matter how good your lawyers are.” To which Bezos hit back by stating that SpaceX too has an equally long suing record.

In the case of Musk and Bezos, running space research companies has not created a common ground, rather it has become the bone of contention between the two. Poetically speaking, space has left no space for friendship between the two billionaires and the result is world-class drama and fights. One might think that being at the top of such serious ventures would add some solemnity to these people. Apparently not.

Silver is good enough but not great enough when pitted against gold. This is exactly what Musk was implying when he told Forbes that he would like to give Bezos a silver medal. This statement was made after Musk took to the throne of being the world’s richest person. Musk is one among the three people whose net worth has touched $200 billion. And Musk felt the need to send a sweet reminder to his fellow rival to make him aware of where they stand on the Forbes’ Billionaire list. Bezos has not responded to the comment made by Musk. Perhaps he is contemplating an equally strong comeback. Or perhaps he is in the wait to surpass Musk (which in my opinion might take some time).