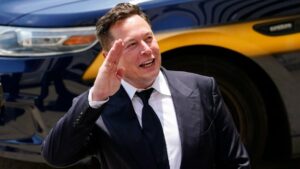 Over the holiday weekend, SpaceX employees got a frightening email from CEO Elon Musk, warning them of a looming problem with its Raptor engine production that, if not resolved, may lead to the company’s bankruptcy. Employees were pushed to work over the weekend in a frantic bid to improve manufacturing of the engine that would power the company’s next-generation Starship launch vehicle, according to an email acquired by SpaceExplored, CNBC, and The Verge.

Musk reportedly wrote, “Unfortunately, the Raptor production situation is significantly worse than it appeared a few weeks ago.” “As we probed more into the difficulties following the departure of previous senior management, we discovered that they were significantly more serious than previously disclosed. It’s impossible to sugarcoat this.” SpaceX did not immediately react to a request for comment from Gizmodo, but Musk did mention the claim on Twitter Tuesday afternoon.

“The scope of the Starship programme is underappreciated,” Musk wrote on Twitter. “It’s designed to extend life beyond Mars (and the moon), which takes 1000 times more payload to orbit than all of Earth’s current rockets put together.” Musk did not confirm or reject the email’s legitimacy, but he did comment on its content, noting that while bankruptcy was not likely, it was not impossible. “Only the paranoid survive,” the CEO allegedly wrote, quoting Intel founder and former CEO Andrew Grove. Musk recommended employees to cut their holiday weekend short and called for “all hands on deck” to recover from “what is, quite plainly, a disaster” in his email. Musk summarised the issue by stating that if Starship flights are not operational once every two weeks by 2022, the company will suffer insolvency. If this all seems familiar, it’s because Musk has already spoken publicly about periods when both SpaceX and Tesla were on the edge of going bankrupt. Musk has stated that Tesla was only “single digits” away from bankruptcy as recently as 2018. The Raptor’s engine is an important part of Starship, which SpaceX plans to use to transport cargo and passengers to the moon and Mars in the future. The capacity of Starship to achieve these lofty objectives is vital to SpaceX’s long-term success, which is predicated on Elon Musk’s promise of multi-planetary human exploration. Starship will also play a key role in launching Starlink’s next-generation satellites into orbit, according to Musk’s email.

Musk’s agitated email comes after the CEO stated in a tweet earlier this month that the Raptor 2 will require a “major design rework” to allow for multi-planetary existence. According to CNBC, two SpaceX vice presidents abruptly quit the firm not long after. Will Heltsley, one of those executives, had been with the company since 2009 and was working on the Raptor project when he was fired owing to a lack of progress. The troubling news comes at the end of an otherwise successful year for SpaceX. In just over a year, SpaceX has launched 25 Falcon 9 flights, launched a dozen astronauts into space, and established a path to broad commercialization with its Starlink satellite internet service.