Polaris electric RANGER, the most powerful utility vehicle on the market

Polaris launches electric RANGER XP Kinetic Utility vehicle. Having the most power, highest torque, and high capability the vehicle is known to be the most powerful utility vehicle in the market. It is made from the partnership of Polaris and the electric motorcycle company Zero Motorcycles. 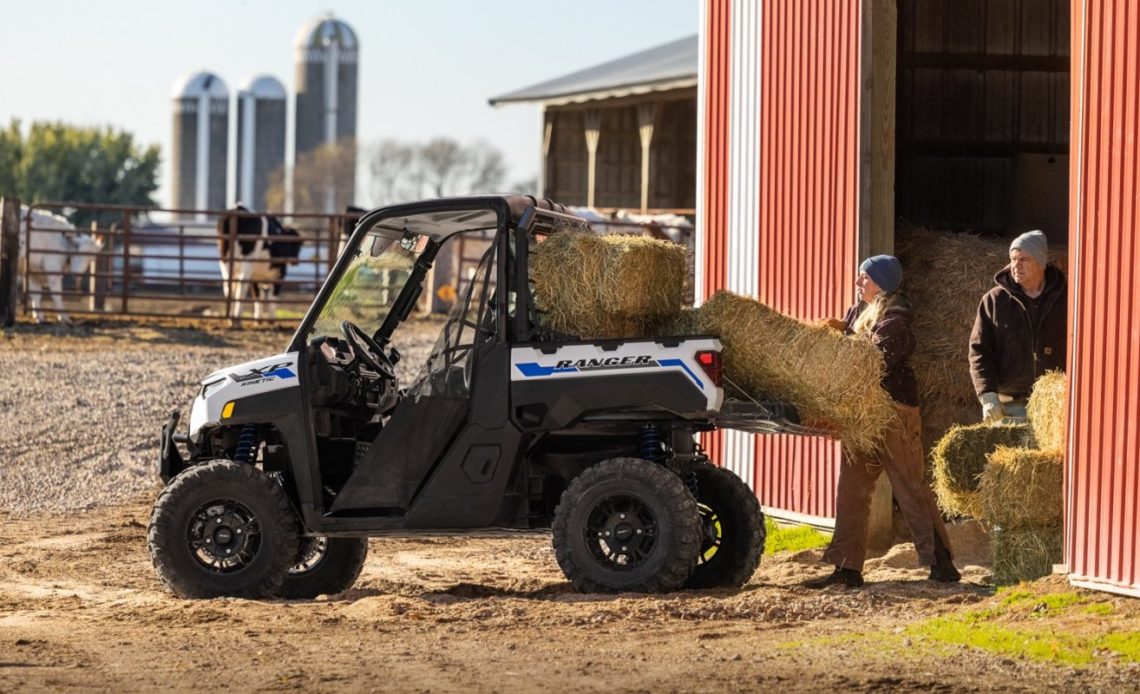 The three-seater Ranger is the first in a series of electric power sports products by Polaris. When the partnership with Zero Motorcycles was announced, the all-electric Ranger plans were also announced. As the vehicle is released in the market, it turns out to be the most powerful utility vehicle in the market. It was assumed that Zero’s smaller 46hp motor will be used, which would make the vehicle already much better than competitors’ UTVs. The advantage of electric drive trains would put the vehicle in a better place in the market.

However, Polaris used Zero’s most powerful 110hp(82kW) motor which has a torque of 140 ft-lb. It put the RANGER XP Kinetic at the top making it the most powerful vehicle in both gas-powered and electric UTVs. The vehicle can haul 1,250 lbs and also two 2,500 lbs. It can take advantage of the extreme low-end torque from the electric powertrain.  Many things like Horse trailers, flatbeds, farm equipment, and many others can be towed using RANGER XP Kinetic. As there is no gas located in the vehicle, 14 inches of ground clearance exists for adding load.

Advantages of an electric drive train

Micah Toll from Electrek mentions after talking to Polaris VP. “I spoke with Polaris VP of Off-Road Chris Judson, who explained that the goal throughout the development process was to improve functionality and performance. ‘It wasn’t about building an electric RANGER,’ he explained. ‘It was about building the best RANGER ever. Period.'”

Further stated about the advantages of the electric drive train. The advantages of the new electric drivetrain don’t stop at power and performance. The precision operation is a huge benefit for jobs like plowing, grading, towing, and more. The RANGER XP Kinetic features a new shifter design with high, low, neutral, and park, but also adds an updated easy-to-use forward/reverse switch for quick back and forth operation – think snow plowing or other repetitive tasks. And the quiet operation of the electric powertrain also adds to both the convenience and usability of the new UTV. Not only is it easier to hold a comfortable conversation with someone sitting next to you, but the RANGER XP Kinetic can be operated stealthily as well. Early morning snow plowing without waking the neighbors, working around livestock without agitating the animals, or accessing hunting areas without spooking all the game. You name it; the silent operation makes it more convenient.