Elon Musk’s Boring Company plans to build a loop between downtown Fort Lauderdale and the beach in Florida. They have already built two successful LVCC loops and an R&D tunnel in California. Also, people enjoyed the loop system, despite being slow as it was better than walking or going through traffic.

Fort Lauderdale has received a proposal from Elon Musk's The Boring Co. to build an underground transit loop between downtown and the beach. Called “The Las Olas Loop,” this represents an innovative and unprecedented approach to addressing traffic congestion and transit needs.

Additionally, the expected cost for making the loop is $30 million to $60 million. Being compared to a $445 million project proposed by the Florida department of transportation (FDOT) to build a 55-feet bridge in Florida. Boring Company’s underground tunnels are not only an effective but also a cheaper option.

Furthermore, it is a cheaper option for the customers too. Because if they use electric cars, without traffic one reaches destination quickly. It is a very effective loop in every aspect if the speed and number of people to be transported can be increased. When the Florida Mayor visited the VLCC loop, he said the tunnel system is very productive. It could be a solution for traffic congestion.

Announced in April, the Boring Company has reasonable fare prices. Currently, there are two loops constructed by the company. One is the Las vegas convention Group Center Loop. They designed the system in such a way that the tunnels act as a public transportation system. Below is the roadmap of the places a passenger can book to travel through the underground tunnels. 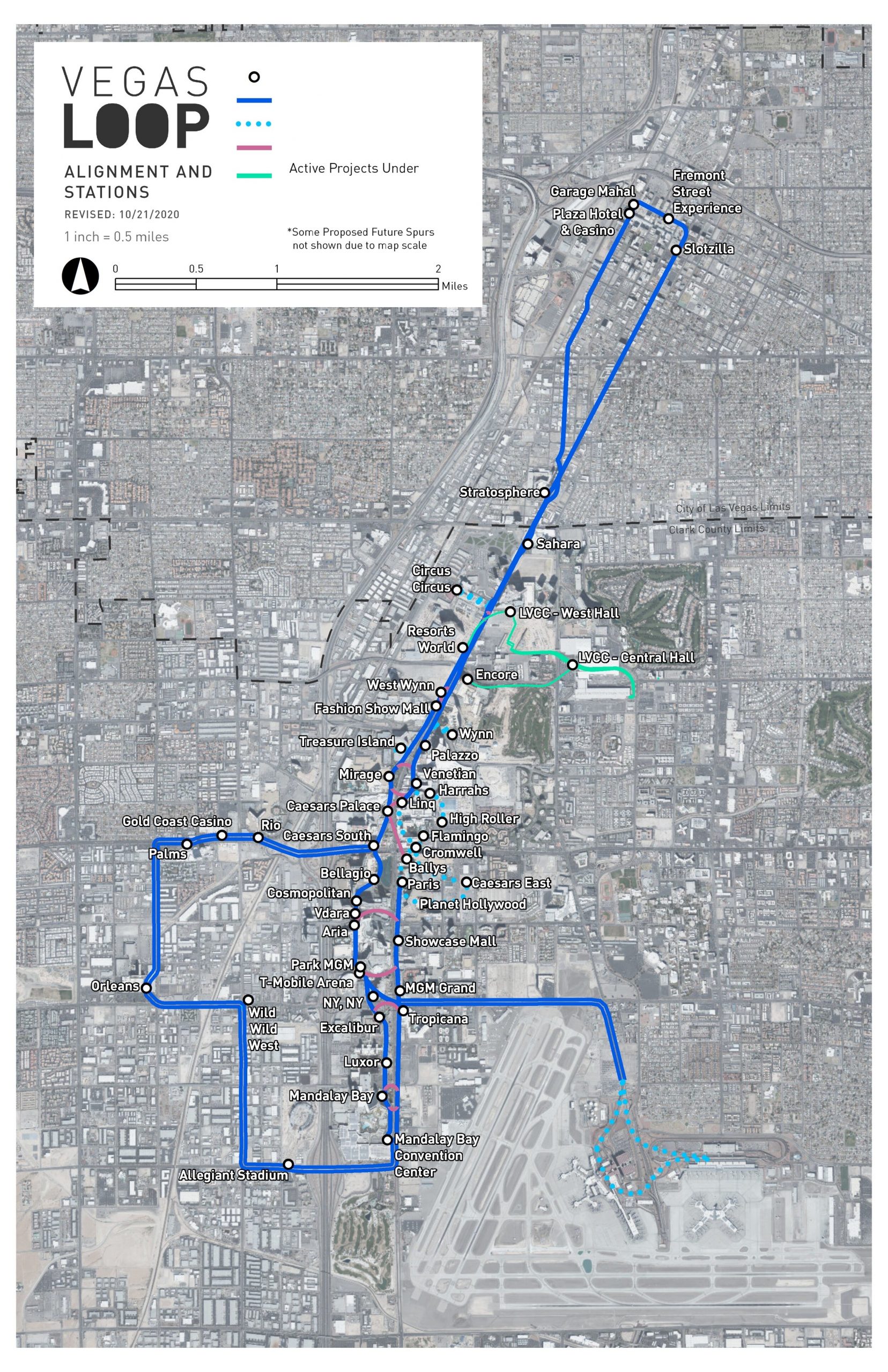 Interestingly the fare prices are reasonable, considering a 4.9-mile drive in 5 minutes costs $10. And $6 for the trip from Allegiant Stadium to the Convention Center. These rates are much affordable than traditional ride-hailing services. The difference was possible because it is faster to travel underground without any traffic rules.

Like all of Elon Musk’s creations, the Borin Company is working towards reliable and practical solutions for transportation. Currently, Tesla Model 3 vehicles are being used to transport people. To increase their efficiency and transport more people, a 16 passenger vehicle is to be used as planned.