Elon says you can now buy Tesla with Bitcoin!

When Tesla made their $1.5 billion investment in Bitcoin, they also announced very soon one could buy Tesla with Bitcoin. And it seems that finally, the time has come for enthusiasts. Elon Musk tweeted a few hours back that “You can now buy a Tesla with Bitcoin.” This move by the company has left all Bitcoin enthusiasts pleasantly surprised even though they knew it was coming. Another great thing about this is the fact that with Tesla, Bitcoin payments could go mainstream.

You can now buy a Tesla with Bitcoin

Buy a Tesla with Bitcoin

Along with the announcement about the new form of payment, there are other things too that Elon told us. He said that Tesla is going to use open-source software for receiving the payments. And the bitcoins received from customers on their purchases will be retained as Bitcoin and not converted to fiat. This shows that Tesla believes in the future of the cryptocurreny and is willing to bet on it buy HODLING. As of now, this payment option is only available in the US, but very soon, other major markets will also get the option. 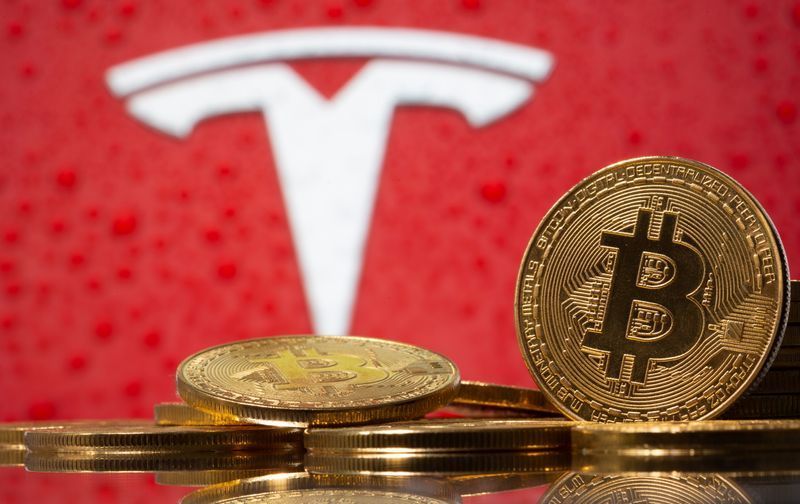 Bitcoin is volatile son in order to manage the rates, Tesla will need to work hard. I am pretty sure that the rates at which you can buy a Tesla with Bitcoin will be refreshed hourly, half-hourly, or even continuous basis. This is to make sure that the rates are as accurate as possible.

Reaction from the masses

One clear thing that happened after this tweet was the price increase of Bitcoin. It has jumped from a low of $53,700 to $56,000 in just 2 hours. This shows that the news was well-appreciated by the masses. But many still think that Tesla holding the payments as Bitcoin is not a great move. A reply to the tweet said, is it really worth it to hold Bitcoin from sales. This could lead to the margin of the car vanish if the price of Bitcoin dips.

On the other hand, many think that this is the safest thing that can be and will be the future. Big personalities like KSI also replied to the tweet showing their appreciation for the move.

What are your thoughts on the fact that now you can buy Tesla with Bitcoin? And do you think people will really use this option? Let us know in the comments below. Also, if you found our content informative, do like it and share it with your friends.

Also Read: Bitcoin could crash like in 2018 and could take years to recover