Eminem and Snoop Dogg are going to perform their song at the MTV awards, related to BAYC

Essentially, in any type of industry, sport, or creative sector, there are always two or three people who are at the top, always competing for the first spot. When it comes to rapping, both Eminem and Snoop Dogg are at the top spot fighting for the number 1 spot. Many years back, Snoop Dogg went on to comment that Eminem is not even in the top 10 list according to him. As a reply, Eminem released a song “Zeus” which had the words : “Last thing I need is Snoop doggin’ me. Man, dog, you was like a damn god to me… Nah, not really (haha), I had “Dog” backwards.”

As soon as the latter hit back at Snoop Dogg, Snoop Dogg went on to apologize and commented that there is a lot of competition in the market which makes them behave immaturely sometimes.

But, all the rivalry and battles are now in the past. According to the reports it is believed that, Eminem and Snoop Dogg are coming together for a song called “From D2 the LBC.”

The Duo’s collaboration for a NFT related song

Lets look at a tweet put up by Snoop Dogg

From the D to the LBC… to Jersey @vmas here we come 💨💨💨 @Eminem @MTV @OthersideMeta pic.twitter.com/XLwcdOeIJN

The tweet spoke about the uniting of the duos and the release of their song. In their half-animated video, a wide range of NFT collections were shown. The performance is going to be live on Video Music Awards. BAYC holders will be allowed to witness the event live at the “Otherside” metaverse 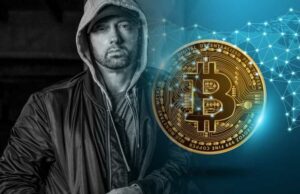 Eminem has always been a huge supporter of digital asset industry, especially cryptocurrencies. In 2021, he went on to collaborate with Nifty Getaway. When asked about his connection with cryptocurrency, he stated that, he has a wide range of interest in having the collections as they remind him of his childhood.

Lately, the famous rapper has shown a biased interest towards BAYC. The launch of the song with Snoop Dogg was just one of his endeavours that he had done for promotion of BAYC. Earlier, the rapper went on to invest in the same by acquiring Ape #9055.

What do you think about the collaboration of the two most competed rappers of all time? Do you think this collaboration will help the NFT industry? Share your thoughts in the comment section below. Also in case you find the content to be informative, then please share it with your friends and family