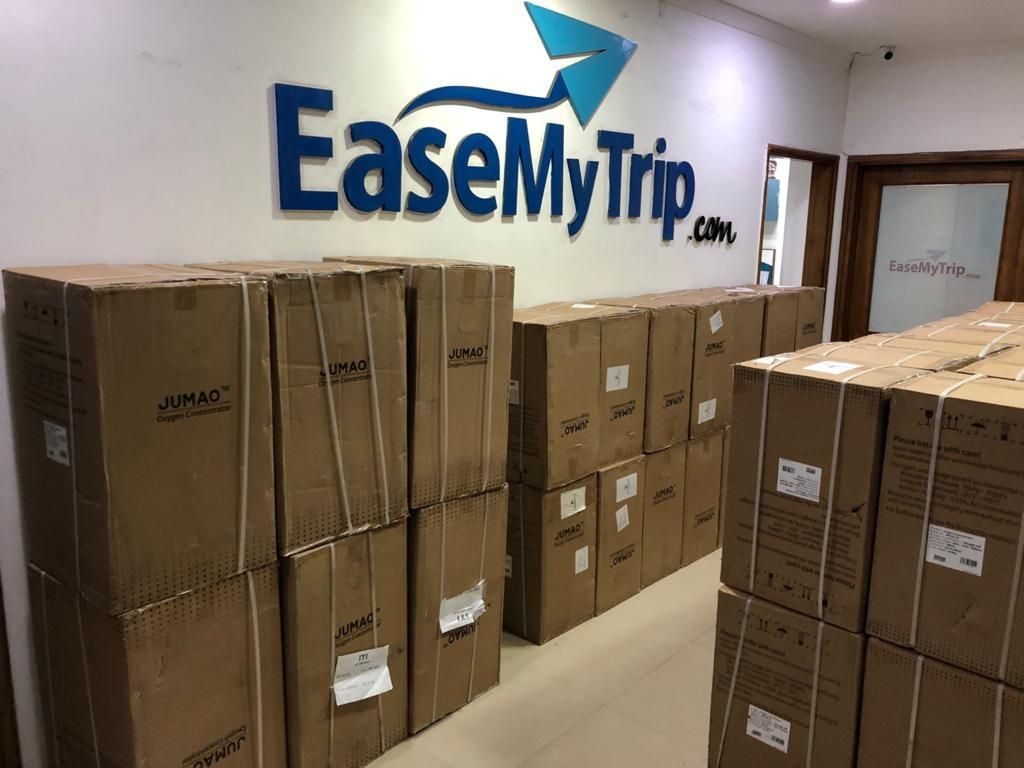 Oxygen Concentrators Imported By EaseMyTrip from China and Dubai

Online travel and tourism service provider- EaseMyTrip is showing its philanthropist side and has imported more than at least 550 oxygen concentrators into the country from China and Dubai. These oxygen concentrators have been donated to hospitals and non-governmental organizations and other facilities to help the nation in its fight and struggle against the second wave of the Corona Virus Pandemic.

These concentrators donated by EMT are mainly of either five or ten litres in per minute capacity. The purity of these concentrators is 93 per cent at all levels. The concentrators have also been donated to the government, the military, para-troops, paramilitary organizations and the youth wings of various political parties, said the travel company on Tuesday, May 18, while speaking at a press release.

Co-founder and Executive Director of EaseMyTrip- Rikant Pitti said that the company has been committed in its efforts to address the augmented demand of the medical supplies and equipment during times like these of need and is currently in the process of sourcing and importing more and more oxygen concentrators into the country from supplies available in other nations.

The company is also giving support to its employees along with their families who became a victim of the pandemic. The company is providing with a financial support of upto ₹5 Lakhs and another support of ₹2 Lakhs per child in the family for them to complete their education.

The imported medical devices and supplies have also been given to the Ministry of Tourism, Ministry of Civil Aviation, Central Reserve Police Office (CRPO), National Student Union of India and the Uttar Pradesh State Government among many other governmental and non- governmental organization, the tourism company said.