Endeavor to buy OpenBet for $1.2 billion

Talent agency and live-events promoter Endeavor Group Holdings is all set to buy sports-betting firm OpenBet for $1.2 billion in cash and stock. In doing so, it will effectively be taking the company over from Scientific Games Corp.

This acquisition, which was announced through a statement on Monday, will help Endevour build upon its position in the sports-betting industry. The company already owns IMG Arena, which provides official live streaming videos and data feeds in collaboration with streaming video. Its clientele includes Ryder Cup, PGA Tour, and UFC, among others.

The deal could be beneficial, seeing as how OpenBet has more than 75 clients in its kitty, from FanDuel, Ladbrokes and William Hill, and SkyBet, to DraftKings Inc. and WynnBet.

Once the merger is closed, Endeavor will be creating a new division which will combine the two businesses. The expected revenue from the same is around $340 million next year, as compared to the $100 million revenue OpenBet saw on its own.

When the deal was announced, Scientific Games saw its shares soaring, going up by as much as 12 percent to hit $93 in late trading. Regular trading too, saw an all-time closing high, rising by 2.1 percent to reach $82.95 in New York. Endeavor, on the other hand, rose by as much as 7.9 percent to reach $29.48 in extended trading, before falling back down modestly.

Scientific Games happens to be on the world’s leaders in the slot machine industry, and also produces a number of other products as well, most of which are used in casinos. It has been trying to sell off its lottery and sports betting divisions, with the idea of reducing its debt. It will be receiving $1 billion dollars cash, along with $200 million of Endeavor’s Class A shares, under the terms of the merger.

Scientific Games’ CEO Barry Cottle has said in an interview that the firm had quite a bit of interest in sports-betting, but ended up deciding that Endeavor would be better. The company is still reviewing options on what to do with its lottery business, and might go for a public offering. 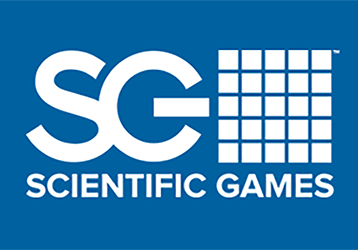 Cottle says that the process is underway, and that they are “exploring multiple paths.” He further adds that the team at the firm remains confident that it will succeed in “significantly de-levering,” while also having enough “dry powder” on their hands to invest in their “gaming vision.”