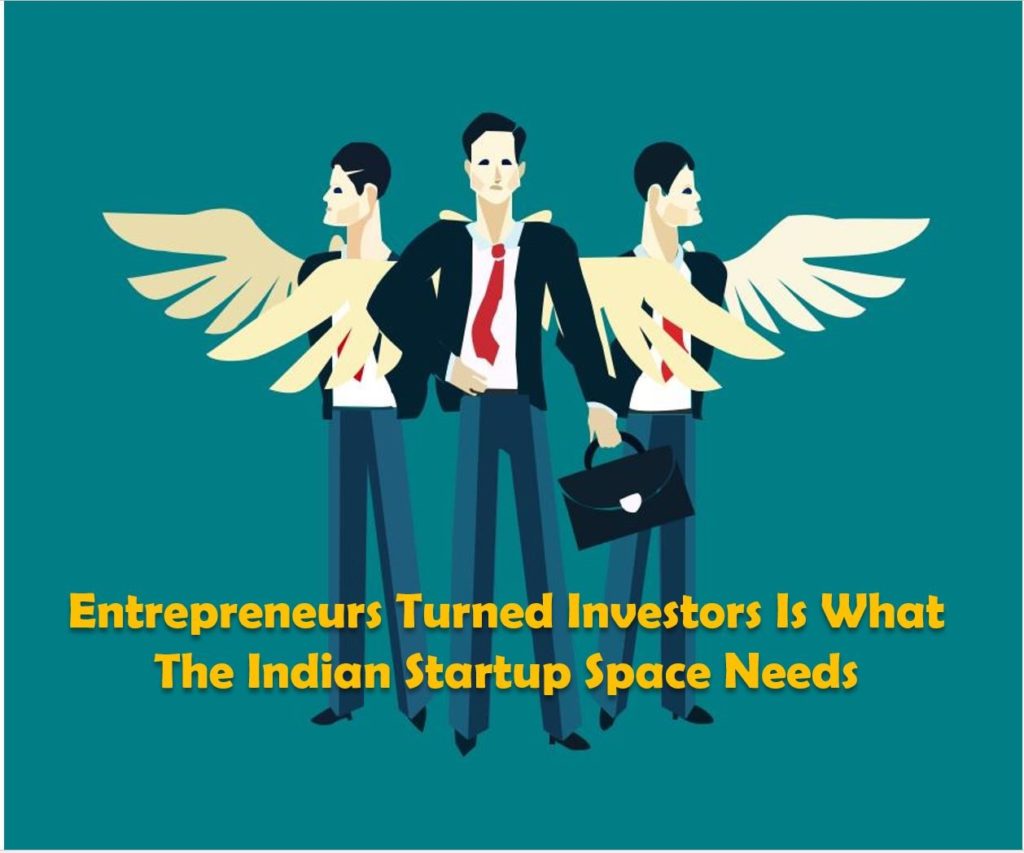 India is today the third largest startup ecosystem in the world, behind the United States of America and Israel. A young and educated population, strong support from the government, a large and Internet-connected consumer base and presence of venture capital investors have led to the creation of a vibrant and growing startup ecosystem in the country.

However, the Indian startup ecosystem is constantly evolving and faces its own challenges. For a fledgling startup, one of the most important challenges is  to find the right investors who not only bring growth capital, but also strategic inputs that help the startup scale up optimally. In this article we look at the early stage funding scenario in India and why former entrepreneurs may prove to be the best investors for early stage startups.

According to a report by the expert committee of innovation and entrepreneurship of the Niti Ayog, there has always been a lack of funding availability at the seed and angel funding stage in India. Traditionally, angel investors drive early-stage investments in countries with high entrepreneurial activity. According to the report, Angel investments in India comprise only 7% of early-stage investing as compared to 75% in the US. VCs in India tend to prefer the later-stage type of funding, that is companies that are already generating revenues or have achieved product-market fit. They prefer making larger investments in a handful of startups and usually participate in funding rounds between $1Mn and $1.5Mn in terms of the first cheque in. As a result, startups that are still in the early stages of evolution and need funding in the range of Rs.50 lakh to Rs.6 Cr are often overlooked.

Other Side Of The Table

There are numerous examples to showcase the emergence of a ‘group think’ where many investors are funding similar ideas at the same time. This trend also means that a number of innovative ventures that do not belong to the so-called ‘hot sectors’ find it hard to raise capital, while a number of ‘well-funded’ companies in sectors that are no longer hot are shutting down because of lack of follow-up investments. A recent report published by Inc42 highlighted the number of startups that have shut down in the past 20 months.

An article in Gadgetsnow  stated that investments to the tune of $50 million went down the drain as a result of the failure of startups in India. By the end of 2015, over 16 startups that had raised Series-A funding closed shop. One illustrative case is the hyperlocal delivery startup, PepperTap, which raised over $50 mn in its 4 rounds of investments and shutdown earlier this year.

Early stage startup entrepreneurs face a daunting task indeed; managing daily operations and simultaneously pursuing growth capital is a difficult balance to strike. Investors on the other hand want to see strong unit economics and constant month on month growth – all of which are difficult to achieve when valuable time gets spent in making decks and building presentations for investors.

There are many venture capital firms in India, but entrepreneurs still struggle to raise capital for their startups in early stages – since most of the funding deals happen through personal networks or references. Finding an investor and more importantly, the right investor is difficult indeed. In the analysis of  a random sample of VC firms in Silicon Valley, it was observed that over 40% of the current partners in the high performing VC firms were former entrepreneurs, and almost one-fifth of them were former C-level executives at startups.

The scenario in the Indian startup ecosystem is changing as well and there is a rise in the number of entrepreneurs-turned-investors who are wagering their business building skills to become successful investors.

That’s where funds like advantEdge Partners offer a valuable proposition to entrepreneurs. Managed by serial entrepreneurs Kunal Khattar and Aman Kumar – advantEdge seeks to bridge this key gap in the Indian funding ecosystem.

Kunal started his professional journey in the telecom industry, before moving on to Razorfish. Subsequently, he cofounded simplylook.com in the US before joining the Corporate Development team at Aptuit. In 2009 he cofounded Carnation Auto with his father Jagdish Khattar. He joined advantEdge in 2015 and leads the team as its General Partner.

Aman started his career in banking and explored life at a hedge fund, before starting jobshikari.com – a portal that simplified bulk hiring for SMEs and removed information asymmetry in the blue collar labour market.  He eventually sold jobshikari to mhire.in. Aman is a venture investor at advantEdge partners.

At advantEdge, the team is currently concentrating on early stage firms and entrepreneurs who have the passion and conviction to solve real problems. As former entrepreneurs, the team understands the uncertainties of running a startup and the challenges that founders face in their journey. “At an early stage, many of the problems are structural and entrepreneurs therefore need investors with operational experience. This is one of the fundamental reasons we look at seed investing,” says Aman.

The fund counts among its differentiators a strong industry network and domain knowledge shared by its Limited Partners, an exceptional mentor and advisory program, institutional linkages and a track record of investing in high quality entrepreneurs. They have invested in 18 startups, in sectors as varied as transportation (Rapido, Shuttl); digital media (TrulyMadly,  Scoopwhoop); learning and jobs (Smartivity, IIMJobs.com) among others.

advantEdge has also set up an incubator in Noida, providing 360-degree support to early stage startups. Their goal is to let founders focus on the two things that really matter, the product and its customers. Led by Ridhish Talwar, the incubator has recently announced its first call for applications for the program. Ridhish has rich experience in entrepreneurship including founding of a gaming brand called The Shark, which pioneered the development of the game of poker in India. After successfully monetizing this asset, he started EasyLaw, a solution for the legal services space in India.

For entrepreneurs, the success of their fledgling start-up lies in creating positive unit economics with a fundamentally sound business model, which in turn is validated by the ability to generate consistent growth in revenues. A sizeable market and a perfect product-market fit are critical factors for long-term success. For advantEdge, these are critical preconditions for choosing startups they would invest in.