Ethereum’s 27-year-old co-founder, Vitalik Buterin, has reclaimed the title of the world’s youngest crypto millionaire thanks to ether’s recent growth. Forbes estimates that Buterin has an overall net worth of $1.46 billion. 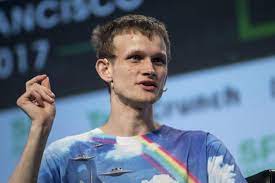 When Ethereum’s native token crossed the $3,000 mark for the first time in early May, Buterin joined the three comma club. However, he lost his billionaire title later that month when Ether, along with the rest of the cryptocurrency market, plummeted to a low of $1,725.19 after Tesla stopped taking bitcoin as payment and Chinese regulators tightened their grip on cryptocurrency trading and mining.

Ether has been steadily rising since the market’s reversal at the end of September, driven by the launch of the first bitcoin futures exchange-traded fund and a renewed surge of institutional adoption of digital assets, notably non-fungible tokens (primarily built on Ethereum).

It has also profited from staking operations on the network as part of its shift from the more energy-intensive proof of work mechanism, which is also employed by bitcoin, to a full proof of stake model. The asset came under deflationary pressure as a result of a substantial August software update that was part of this roadmap.

According to crypto analytics firm Messari, the second-largest cryptocurrency by market capitalization set a new all-time high of $4,644.01 this morning, however, it is now trading lower, near $4,500. The 325,104 ETH in his wallets is worth around $1.46 billion at the current price.

Notably, in May, Buterin burnt, or effectively wiped out of circulation, more than $6.7 billion in SHIB tokens sent to him by the cryptocurrency’s unknown developer.

When the price of Ether (the cryptocurrency based on the Ethereum blockchain) reached $3,000 on May 10th, according to public data, Buterin’s net worth was roughly $21 billion.

A rally in meme-based cryptocurrencies such as Shiba Inu, which were sort of gifted to him when these coins were created, further inflated his net worth.

That trove would be worth more than $25 billion at today’s pricing, which has risen thousands of percentage points since May thanks to enthusiastic supporters’ hype. Shiba Inu might not have reached its current heights if he had held on to it.

SHIB’s price would have dropped if he had sold, overwhelming the market. Buterin still has 3,457,471 SHIB tokens, worth about $219, according to the Ethereum analytics portal Etherscan.

Also read: IoTeX: Everything you need to know