Ethereum hits all time high while Bitcoin struggles at $59k

Ethereum has been pushing new highs every day. A while back, the coin was struggling to reach even the $2000 price point, but now it has hit a new all-time high. At the same time, unlike before, where the price of Bitcoin and Ethereum moved in concordance, this time around, BTC is finding it very difficult to move past the $60k price point. For an entire day, it traded between the $59k-$60k price. This could make investors turn to other altcoins in the future for more returns.

We have seen Bitcoin dominate the crypto market quite significantly. Apart from the pump and dump schemes, the price of BTC has increased more than most others. But for the first time in like ever, we have seen it stuck at a price when others are moving past new levels. It could be the beginning of a market of Altcoin dominance. The COO of WazirX, Siddharth Menon, said that all big companies and funds have invested in BTC, and hence the eyes are all stuck on that, But today bitcoin is consolidating while the ALTs are all up. This could be where the dominance of BTC drops and the altcoin cycle could begin. He also thinks that BTC begging stable at this price is good for other coins to go up. 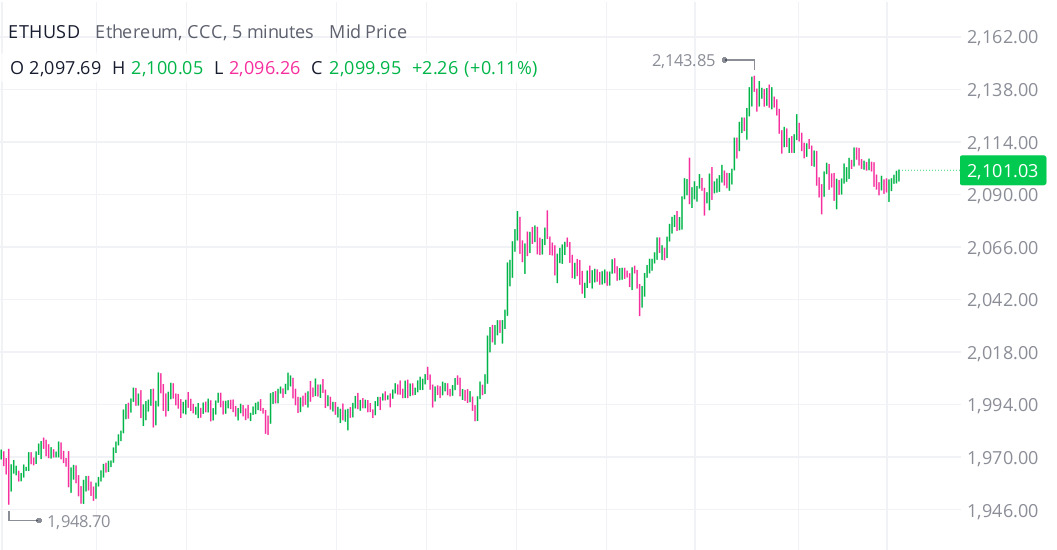 Almost all popular altcoins went up yesterday. Ethereum breached the $2000 price point for the first time since 20th Feb and made an all-time high. After the same, the coin consolidated a bit and then continued its upward journey and breached the $2100 price point. This shows that the upward move was quite substantial.  On the other hand, other coins like BTT gained more than 20%, while Polkadot, which is quite well-known, gained around 15%. Even WazirX’s own cryptocurreny more than doubled in value in the past few days.

Does this mean I should not invest in Bitcoin?

Well, you should invest in Bitcoin for the long run. It is the most popular cryptocurreny and also the most preferred globally. This gives it an advantage over a lot of other coins. In fact, many altcoins are susceptive to false movements due to pump and dump schemes which are very unlikely on BTC. If you are thinking about making a crypto portfolio, then having BTC over there is indeed an excellent idea. Even in 2021, it is expected that Bitcoin could breach the $100k price point and rally further. On the other hand, altcoins also give substantial returns, so having some popular ones on your list is also important for maximizing gains.

What are your thoughts on the price movement of Ethereum? And the fact that Bitcoin is struggling to stay past the $60k price point? Let us know in the comments below. Also, if you found our content informative, do like it and share it with your friends.