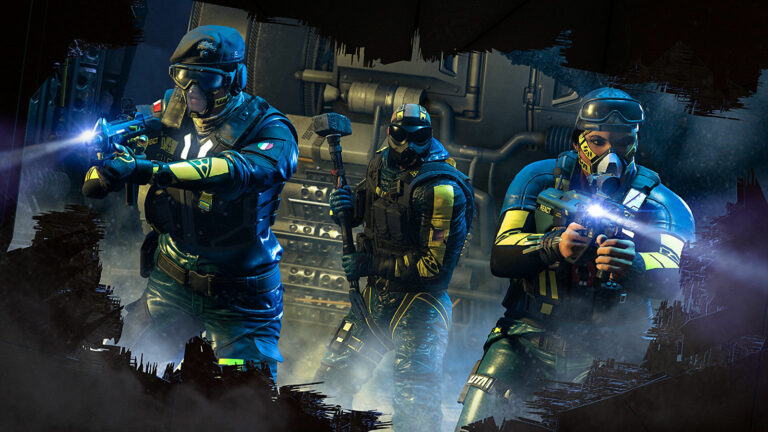 Everything To Know About Rainbow Six Extraction

Rainbow Six Extraction is a forthcoming tactical cooperative shooting game developed by Ubisoft set to release in January 2022. It is a multiplayer Co-Op in which players play in a team of three players can form a team to fight alien threats as Rainbow Six Siege Universe agents. The game was originally called Rainbow Six Quarantine when it was first introduced at E3 2019, and a promised release window of early 2020, but was later been postponed to 20th January 2022. Here’s everything to know about the upcoming Rainbow Six Extraction.

Rainbow Six Extraction will be featuring around 18 game operators on day one more than what Siege players got, and of course, they will be updated to feature in a PvP game. In the demo, we had access to nine operators, but at launch, there will be 18. The game will feature cross-play, cross-save, and cross-progression across all platforms. When Rainbow 6 Extraction comes out in January, it will include a Buddy Pass system for cross-play. Players who own both the original games as well as the sequel will be getting the entire roster of 18 operators instantly as well as some free cosmetics.

Rainbow Six Extraction can be played as a single-player or in teams of 3. Like Siege, Extraction will be a live service game with content spread over multiple seasons. There will, of course, be season passes, paid cosmetic packages, and more to generate a rewarding revenue stream for the company and support ongoing game development.

It is reported that Rainbow Six Extraction will experiment with a deep operator-based system using a level one to ten system, given the less need for balance between players. Given the nature of Rainbow Six Extraction as a live game, it will need content that goes beyond what it will offer in its core offerings, and Ubisoft is planning some interesting content for the final stage as well. As Ubisoft has plans for major content releases in the future we can expect more types of gadgets, maps, custom modes, weapons, cosmetics, and operators to the game after release. The draw will shrink towards the end of the year with 3-player co-op missions that Ubi hopes will keep you going for a long time. Ubisoft is offering exclusive game content for players who choose to pre-order Rainbow 6 Extraction.

Fans will receive the Orbital Decay Bundle if they order the game before its release next January. Players who already own Rainbow 6 Siege will also receive the United Front Bundle, which offers four exclusive gear sets available in Siege and Extraction modes.

Over the coming months, Ubisoft continued to release new game trailers for Extraction, each of which will delve further into aspects of the online shooter and how it differs from Siege. The trailer told about the upcoming game and showed how important it is to extract resources for the operators of the Ministry of Internal Affairs. Due to the fact that the name “Quarantine” was criticized as insipid during the COVID-19 pandemic, Ubisoft announced that the extract would be the real name. In a press release and a trailer for the new game, Ubisoft has shared details about the new title, Ubisoft Originals.

We’re shattering everything we know about Rainbow Six Extraction mainly thanks to the new information we got shared in the trailer. Ubisoft has announced that it will also come to the PS5 and Xbox Series X/S. Of course, this is probably outdated information now, and we know the game will also be coming to PS5 and Xbox Series X / S, this is a cross-generational title as you would expect at the moment. Given the support for Ubisoft’s streaming platform, we also know it will appear on Google Stadia as well.

It has a lot of good things about Siege that players like the return of the Operators, destruction, precision shooting, and gadgets, as well as a lot of alien zombies that are pretty disgusting to look at. This game can be a good way for new players to become familiar with some of the mechanics of Siege, as players will be using the same weapons, gadgets, and operators.

The operator is part of the REACT-Rainbow Exogenus Analysis & Containment Team-a a highly specialized organization equipped to fight the game’s enemy-Alien Archaic and Rainbow Six Siege fans will likely spot some familiar faces in the lineup. Many of the old squad from the original game will also be making a return as they have formed a team named REACT short for Rainbow Alien Analysis and Containment Team. When Ubisoft announced the game for the very first time they made it fully clear that you don’t need to know Seige to play Extraction. That’s all we have about Rainbow Six Extraction we hope to tell you more about it when it releases in less than a month.