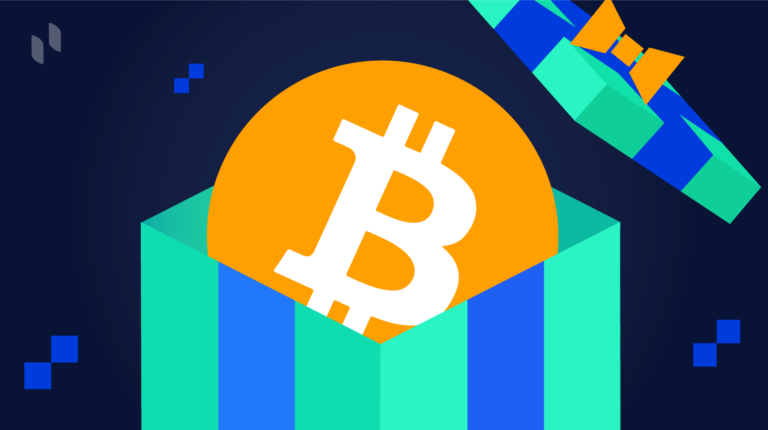 Everything You Need to Know About Chia Network

Chia Network is a blockchain that enables the creation and execution of smart contracts written in Chialisp, a custom-designed programming language. Bram Cohen, the creator of the BitTorrent network, founded the initiative. To protect the network and reach a consensus on transaction verification, Chia’s blockchain employs a novel consensus process known as Proof-of-Space and Time (PoST). The network also includes a native currency, XCH, which is used to reward network participants that contribute to the chain’s security.

History
Origins of the Project

Bram Cohen, the inventor of the BitTorrent network, created Chia Network in August 2017 in the state of Delaware. Since its founding, the company has primarily focused on the development of Chia Network’s blockchain.

This blockchain will be a global, open-source, decentralized network of computers that will run a financial settlement system and employ a native coin called chia or XCH. This chain aspires to be a more efficient cryptocurrency settlement network than Proof-of-Work (PoW) networks such as Bitcoin and Ethereum.

Innovative Technology
Chia intends to overcome the drawbacks of Proof of Stake (PoS) and Proof of Work (PoW) in terms of centralization and electricity usage by employing a novel consensus mechanism known as “Proof of Space and Time” (PoST). PoST aims to utilize less energy while maintaining network security. This mechanism is made up of two independent proofs. Proofs of Space makes advantage of excess disc space and rewards vacant space owners for “farming” fresh blocks. Proof of Time improves network security and predictability.

With the addition of this Proof of Time, the attack vectors associated with Proof of Space are mitigated.

Chialisp, a new smart transaction programming language, and on-chain development environment is also available on the Chia Network. Chialisp, according to the team, is powerful (flexible) yet simple to audit. Chialisp, according to the project, will enable developers to construct a wide range of network capabilities and services on Chia, such as cross-border payments and the creation of financial assets such as stablecoins.

Approach to Funding
Chia Network has developed a unique method to fund and sustain the network’s long-term growth. The company intends to be a for-profit public open-source development company with a “pre-farm” allocation of XCH tokens.

Chia Network then plans to float its stock on the NYSE or NASDAQ in order to boost the credibility of its open-source software support business. The company thinks that the value of the XCH held on its balance sheet, its software service, and supporting business endeavors will drive its enterprise value. According to the team, the Chia Network’s balance sheet, which will include a significant amount of the initial XCH, will also enable its publicly listed shares to act as an ETF for chia coins. Because a major portion of the early XCH will be an asset on Chia Network’s balance sheet, the company anticipates that its equity valuation will correlate to the price of XCH on crypto exchanges.

Route to the Mainnet
Chia published their first open-source library to the public in August 2018. In January 2019, it open-sourced its Verifiable Delay Function (VDF), a Proof of Time primitive for cryptographic protocols. Chia announced a pair of VDF implementation competitions in order to optimize the implementation and recruit developers. So far, entrants have fought to construct speedier implementations of the Company’s VDF or to produce proof of security breaches in the two challenges. These competitions allowed the business to test and develop its VDF algorithm in a more realistic setting.

Several months later (in July 2019), the company released their Proof of Space software, Green Paper, first provisional patents, and announced a Proof of Space competition to refine the algorithm.

Chia ended 2019 with the release of an alpha wallet simulator and scripting language documentation for Chialisp, as well as an alpha version of Chia Network’s blockchain testnet.

Chia announced a beta version of its blockchain in April 2020, which included complete wallet functionality, transactions, and smart transactions migrating on the testnet network. Later that year, the company revealed its new consensus method, which was inspired by an idea in the paper Proof-of-Stake Longest Chain Protocols Revisited. Chia’s block times become more reliable as a result of this consensus technique.

On March 19, 2021, Chia Network intends to launch the mainnet for its public blockchain. For the first six weeks, transactions will be blocked, and the only network operations will be farmers earning block rewards. This transaction freeze will operate as a grace period to maintain network security and allow for additional testing time.

Plotting
Plotting is the easy act of allocating disc space on your computer to store a large file (100 GB or more) known as a plot. This file is divided into numerous tables, with each cell pointing to two entries in a different table. There is only one table that does not include any references and is made up of integers known as “x- values.”

The plots contain worthless information which has nothing to do with the blockchain data. They are basically verifiable data that takes up a significant quantity of space on your hard drive.

A Prover is a person who commits to plotting and is required to give proof of storing tables when challenged by a Verifier.

Proving is a straightforward table look-up operation that does not even necessitate an internet connection.

Challenges highlight the consensus method by presenting correct evidence that you have truly obtained the data, making you a true participant of the network. Provers are paid in local currency (Chia), which is why they are often referred to as farmers.

Security and Proving
As an example, consider a plot with seven tables. When given a 256-bit challenge, a prover looks up two values in table seven, which point to two entries in table six, which lead to four values in table five.

This process is repeated until we find 64 (two to the power of six) pointers to x-values in table one, and these 64 numbers serve as evidence. This takes about 640 milliseconds, and verification is also quick.
Because Chia issues challenges at random, nodes with more storage are more likely to get them, as well as the following reward. There is now a security concern: nodes with a large amount of storage can be bribed to influence the network and modify data recorded on the blockchain.

To address this issue, Chia includes discriminating criteria for plot proofs, ensuring that no prover is confident that he would farm a given block.

Instead of locating all 64 x-values, a prover can focus on two and determine whether his proof is sufficient for verification. The entire Proof of Space procedure has now been optimized – reading two x-values takes only 70ms, and complete reads are only required every few minutes.

Timeproofing
In addition to farmers, the Chia network features Timelord nodes. They are responsible for displaying the passage of time and preserving the same length of time ( 10 minutes) between the blocks. As with Solana, this is accomplished through the use of Verifiable Delay Functions (VDF).

Chia uses a repeated squaring procedure where a Timelord keeps squaring a certain value (also called a challenge) taken from a mathematical object called a group. It is impossible to know the final value in advance, which means that a prover will spend actual time finding it. He publishes it together with other values which allow for quick verification of his computations.

A challenge for Timelords is made by combining previous VDF output with a random string. If an adversary tries to alter information in a previous block, he will need to convince 51% of the nodes that his VDF output is correct. Due to the high number of active nodes in Chia, this is practically impossible, which is how the blockchain guarantees security.

Sustainability
PoSpace is a simple process in terms of computation. Unlike Proof of Work, the PoSpace system is reusable; once downloaded, plots remain active for an extended period of time, resulting in little electric power use.

Chia naysayers, on the other hand, are concerned about the quantity of hardware required for Chia mining. Chia’s coin debut in May produced a shortage of hard drives on the market, sending standard SSD prices to previously unheard-of heights.

It is also worth noting that discs have a finite lifespan that reduces with each new read, and the creation of new ones is not entirely environmentally friendly.

What distinguishes Chia?
Chia is not the first protocol to use mechanisms similar to Proof of Space. HDDs and SSDs are also used by Storj, Burst, SIA, and Filecoin. While each of these projects offers a specialized solution, Chia aspires to be a larger network similar to Ethereum.

Chialisp is a new smart contract programming language developed by Chia. As mentioned in a recent tweet from the CEO, it is utilized to construct Chia’s own DeFi products, such as decentralized exchanges.

Bram Cohen continues to grow Chia Network, having recently employed five VPS for sales, product development, and other roles. The company’s goal is to make cryptocurrencies more user-friendly and long-lasting.