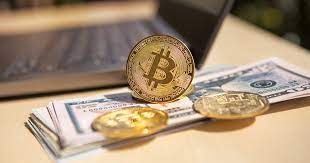 Everything You Need to Know About Gitcoin

Gitcoin (GTC) is an Ethereum token that enables community governance of the Gitcoin platform. The platform is designed to fund and coordinate open-source development by novel means such as quadratic funding. As of June 2021, Gitcoin has facilitated over $21 million in grants and bounties for open-source developers.

Gitcoin is a cryptocurrency that allows programmers and developers to be compensated for their contributions to open-source software in a number of programming languages. Users may also use the Gitcoin platform to propose their own project ideas in order to crowdsource financing from others. Apart from direct community crowdfunding, Gitcoin uses a unique technique called quadratic financing to assist match community fundraising efforts and speed the development of the most popular projects. Overall, Gitcoin is a platform that aims to encourage the creation of significant open-source projects while also bringing funders and developers closer together.

Gitcoin describes itself as a community of builders, inventors, and protocols working together to influence the future of the open internet. In order to foster open-source development, Gitcoin creates a community that promotes new Web3 infrastructure, such as tools, technologies, and networks. 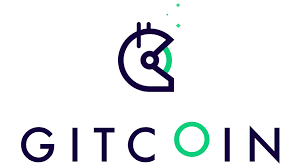 How many GTC confirmations are required?

GTC needs a total of 31 network confirmations. Confirmation of transactions is something you should know about.

GTC is hosted on which blockchain network?

Ethereum is where Gitcoin (GTC) is housed.

What are the minimum and maximum amounts that may be withdrawn?

On-chain and through our platform, Coinbase has put in place measures to maintain a healthy and efficient network.

Minimum and maximum quantities for each coin we enable consumers to transmit over the blockchain are included in these protections. The maximum GTC is 20,700.

The Gitcoin platform focuses on supporting “public goods” initiatives, which are often “non-rivalrous” and “non-excludable,” meaning they benefit everyone without necessarily competing with one another.

Initiatives relating to clean air, infrastructure, and privacy are examples of public goods projects. However, the majority of Gitcoin-funded public goods initiatives are focused on blockchain within the Ethereum ecosystem. There are currently efforts underway to translate Ethereum’s source code into several languages, speed Gitcoin’s move to complete decentralization, and help educational content makers, for example.

Gitcoin offers a cash incentive to engage in hackathons, bounties, and supported community awards in order to entice skilled developers to join the platform. Developers may propose a project to the Gitcoin site and crowdsource funds directly from other contributors, as well as engage in quarterly possibilities to earn extra cash using the network’s revolutionary quadratic funding method.

Through a patented, democratic approach known as quadratic financing, Gitcoin crypto money is channeled to public goods initiatives. Individual donations are matched with equivalent quantities of cash from larger pools of funds provided by larger contributors in a quadratic financing structure for crowdfunding projects. The funds are “matched” according to a proprietary formula rather than a 1:1 ratio. The algorithm has been tweaked to reward initiatives that have a higher level of community support. As an example, a grant that receives 100 individual $1 USD gifts will receive more in matched money than a grant that receives one $100 payment.

The goal of quadratic funding is to harmonize the goals and motivations of donors, people seeking support for public-goods initiatives, and developers. Small contributors can support what they consider to be the finest public goods programs through quadratic financing, which increases matched funding. Similarly, developers with a specific goal in mind can use the Gitcoin platform’s quadratic financing to support their initiatives. Users who propose their own grants must provide a clear project title and description, as well as indicate if they want donors to give money in a specific ERC-20 token (Gitcoin supports all ERC-20 tokens).

The quadratic financing matching pools are now supported largely by user donations to the Gitcoin Grants official matching pool fund, while other matching pools exist and will undoubtedly be formed in the future. Users can donate money to matching pools, which are subsequently proportionately distributed to popular projects based on a quadratic financing formula, with matching rounds taking place every quarter. As of October 2021, Gitcoin Grants has distributed over $35 million to open-source public goods projects, with around $5 million going to specialized “bounty” projects, which are another option for developers to earn Gitcoin.

Gitcoin allows customers to crowdsource help from accessible developers on the Gitcoin platform to fund certain technological development challenges. A user who wants to finance a bounty must first open an issue on GitHub, then fund it with Gitcoin (specifying project specifics, a completion schedule, and any other necessary information), after which contributors can fill out a brief form expressing their interest in finishing the problem. Gitcoin rewards can be permitted, needing funder consent before starting work, or permissionless, enabling anybody at any time to finish the bounty. Funders may pick employees at their leisure, establish deadlines, and cancel at any time using Gitcoin bounties.

Participating developers, on the other hand, can opt to contribute to any publicly posted project with a “bounty,” which indicates the entire amount of project cash available for developers to earn. The bigger the bounty, the higher the hourly rates are likely to be. A project with a reward of $1.5k to $5kFor example, an hourly cost of $50 to $195 per hour may be charged. Hourly rates for projects with a reward of $5,000 to $50,000 might range from $125 to $520 per hour. Hourly rates vary depending on experience and programming language. Projects that need basic computer programming skills, such as CSS and HTML, have a lower start rate than those that require more advanced languages such as JavaScript and Solidity, which pay developers more.

The Gitcoin Token is used to govern the community (GTC)

GTC, Gitcoin’s native governance token, is an ERC-20 token used to administer the community platform. A total of 100 million GTC tokens are available, which are distributed as follows.

The goal of the GTC token distribution is to reward both early users and future developers of the Gitcoin platform. The retroactive airdrops were issued to early platform users who took part in activities including creating a bounty, submitting work to a bounty, creating a grant, and donating to a grant, among others. The GTC was dispersed to the founding team, investors, staff, and strategic partners, among others. The GTC tokens designated for the Gitcoin DAO are managed by a community-led treasury and are released in equal monthly increments until all 50 million GTC tokens are released in May 2023.

Gitcoin is controlled by a Decentralized Autonomous Organization (DAO), which allows users to engage in platform governance by using their gitcoin tokens to submit and vote on various ideas. The platform is pursuing a gradual shift to total decentralization, with the community eventually taking over platform administration. As of October 2021, this transition will be led by community “stewards” who have been chosen for their shown alignment with Gitcoin’s vision and principles, as well as their continued commitment to contributing to the Gitcoin crypto ecosystem on a weekly, if not daily, basis. Initially, Gitcoin stewards were entrusted with establishing policies for Gitcoin Grants.

The Gitcoin governance process’ major activities concentrate around several specified “workstreams,” which are essentially broad categories that specify themes for which community members may make suggestions. The following are the primary workstreams at the moment.

Prototyping for public goods: figuring out how to leverage Gitcoin’s unique design to create solutions for public-goods issues.

Sybil defenders are working on ways to keep Gitcoin from succumbing to Sybil assaults.

The Crypto Ecosystem of Gitcoin in the Future

By offering a platform for a community of contributors and developers interested in establishing a more open internet to create together, Gitcoin has proven effective at boosting open-source software development in the blockchain.

The patented democratic financing system known as quadratic funding is Gitcoin’s most notable feature. Individual donations are matched by donations from larger contributors from larger pools in quadratic financing. A specific algorithm guarantees that donations are not matched 1:1, but that programs with greater support are given disproportionately more weight. For example, a project with 100 individual supporters will get more matching donations than a project with a single supporter who contributes the same monetary amount.

Quadratic financing is based on the premise that as a broader audience consumes public goods, their development should be sponsored more broadly rather than depending on a few large donations. It brings together the interests and needs of funders, developers, and anybody else who wants to help create digital public goods. Small donors can support the causes they feel are most important, and developers are encouraged to focus on projects that aren’t often well-funded.

Gitcoin Crypto Awards provides matching donations, but users can also create their own matching pools and grants. The user defines the project title and description, as well as the ERC-20 token to be used for donations, in this instance.

Thank you for reading my article. I hope you found it useful and interesting. Please share it with your friends and families and let me know your thoughts about gitcoin in the comment section below.