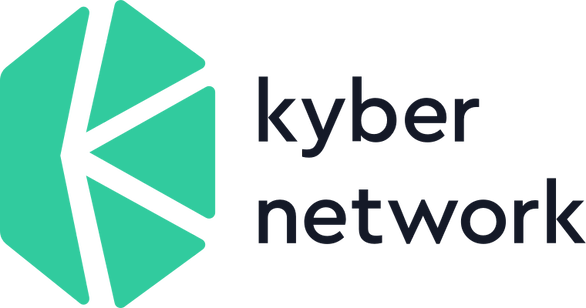 Everything You Need to Know About Kyber Network Token 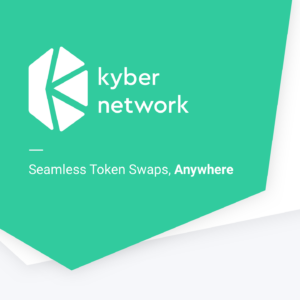 Reserves while using the Kyber Network

The reserves can be divided into three categories.

There are the price-feed reserves, for starters. Markets are created as a result of these factors. These reserves employ price feeds to calculate exchange rates, which are then stored using smart contracts, which are computer programs that operate automatically when specific circumstances are satisfied. After then, the price-feed reserves transmit takers to the smart contracts to execute transactions.

The automatic price reserves are the second option. These add liquidity to the system by establishing token exchange rates using smart contracts.

Then there’s the issue of bridge reserves. By essentially joining up with other decentralized crypto exchanges, these reserves supplement the liquidity provided by the automated price reserves.

So that’s how the Kyber Network works. But, exactly, what is a KNC coin? Is it possible to forecast the price of Kyber Network (KNC)?

The Kyber Network is an Ethereum-based system that allows KyberSwap, a decentralized cryptocurrency exchange. KyberSwap functions similarly to a traditional crypto exchange, but with one key difference: instead of a standardized rate of exchange or an order book, the rates of exchange are embedded in the system’s protocol.

Customers on the exchange may only pay fees in ether (ETH), and all transactions are recorded on the blockchain. The exchange isn’t run by a corporation, but it does utilize programming to facilitate trades.

KyberSwap is created and operated by three main elements of the Kyber Network. These are smart contracts, which enable trading and exchange of tokens; takers, who drain liquidity from the network and execute deals; and reserves, which provide liquidity to the network.

DeFi Gets Critical Liquidity from Kyber Network
Let’s take a look at why liquidity is so crucial in the DeFi ecosystem before we look at Kyber Network’s architecture. Liquidity is a term used in the cryptocurrency ecosystem to describe the capacity to swap an asset without significantly changing its price, the quantity of trading activity in a market, and the ease with which an asset may be converted to cash.

DeFi Gets Critical Liquidity from Kyber Network
Let’s take a look at why liquidity is so crucial in the DeFi ecosystem before we look at Kyber Network’s architecture. Liquidity is a term used in the cryptocurrency ecosystem to describe the capacity to swap an asset without significantly changing its price, the quantity of trading activity in a market, and the ease with which an asset may be converted to cash.

Liquidity is critical for healthy, effective, and user-friendly markets, but it can be challenging to achieve and maintain for new DeFi protocols.

Liquidity providers in conventional financial markets are centralized enterprises such as banks and financial institutions. Using centralized businesses to supply liquidity in DeFi markets, on the other hand, would go against the ecosystem’s decentralized ethos. Permissionless protocols such as Kyber Network have risen to take their place as a result. Kyber Network’s goal is to build a world where any value token may be used for swaps in any wallet, as well as payment services and other newly formed financial products.

What Is Kyber Network and How Does It Work?
Kyber Network is a collection of smart contracts that can be built on any smart contract-capable blockchain, albeit as of December 2020, it is only available on Ethereum. The protocol pools liquidity from a range of sources, including token holders, market makers, and decentralized exchanges, into a single network-wide liquidity pool. Anyone can contribute to the network’s liquidity. Kyber Network allows its three main users — decentralized apps (dApps), merchants, and crypto-wallets — to conduct fast token exchanges without the need of a trusted third party.

The token that symbolizes the fundamental asset is present in every trade. In the Ethereum version of the protocol, Ether (ETH) serves as this token, hence each trade must entail an ETH for another token exchange. Consider the following scenario: You wish to swap Ethereum for BAT, Brave’s Basic Attention Token:

Let’s pretend you wish to exchange BAT for DAI. Because ETH is the fundamental asset, some additional procedures are necessary in this case because you are not trading directly in ETH:

Despite the fact that the second deal has more stages, it is completed in a single blockchain transaction. Similarly, all deals on Kyber Network are promptly resolved on the blockchain and are either completed in full or revoked. To put it another way, you should never execute your transactions in stages (though they may be partially executed on other types of exchanges). Furthermore, if you query the smart contracts, all exchange rates supplied by reserves are publicly verifiable.

The Kyber Network provides a wide range of use cases when linked into dApps, DeFi platforms, and crypto-wallets.
For example, a dApp that wants to welcome users who don’t have its native token can leverage the Kyber protocol to enable in-app token swapping and token conversion.

These capabilities allow users of the dApp to use any Kyber Network-supported token while also allowing the dApp to accept payment in the token of its choice.

KNC and KyberDAO
KyberDAO allows KNC holders to participate in the governance of Kyber Network. Holders of KNC tokens can vote on the network’s fee model, reserve rebates, and other ideas by staking their tokens, as well as receiving ether-based staking incentives. KNC is a staking token with a deflationary supply, which means its supply will decrease with time. As of December 2020, KNC is just an ERC-20 token, however, Kyber Network expects it to be adopted on additional blockchains in the future.

Despite this, its supply will be regulated as if it were a single token, and Kyber Network is working on technology that will allow KNC to be transferred across blockchains.

Price history of KNC
First and foremost, we should mention that in 2021, KNC completed a token migration, which it disclosed on Twitter. That is to say, while the coin served the same purpose, it was really a distinct token. As a result, any price history prior to the exchange is irrelevant. Another thing to keep in mind is that the switch began on April 20th and took some time to take effect.

The big crypto day crash of May 19th was the first significant event in the markets after the ‘new’ KNC was established. KNC dropped roughly a third of its value on this day, opening at $2.7552 and closing at $1.8663.The Kyber Network price remained around $2 for the rest of the summer, with a low of $1.2065 on June 25 being a particularly low point.

The general trend for KNC has been lower since early September, with the cryptocurrency selling at around $1.50 in October. Late November had a short surge at $1.93, but by the 21st of December 2021, it had dropped to $1.26. What does the future hold?

Let’s have a peek around and see what other people are saying about the pricing of the KNC coin.

WalletInvestor’s Kyber Network price prediction is upbeat, predicting that the KNC currency would reach $3.88 in a year and $9.20 in five years.

Thank you for reading my article. I hope you found it interesting and useful. Please share it with your friends and family and let me know your thoughts about the same in the comment section below.