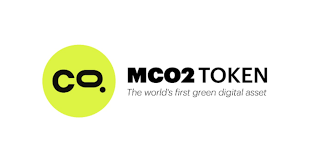 Everything You Need to Know About Moss Carbon Credit

MCO2, short for Moss Carbon Credit Token is a carbon credit token that allows users to contribute to the fight against climate change. The Moss. Earth team developed MCO2 in reaction to the widespread destruction of trees and the associated rise in carbon in the Earth’s atmosphere. MCO2 holders have contributed $10 million to Amazon forest conservation projects, preserving around 1 million hectares of land. One MCO2 token is equivalent to one carbon credit from a VCS-certified environmental project.

MOSS clients have paid US$ 10 million to Amazon forest conservation programs through MCO2 token sales in the last eight months, assisting in the preservation of 1 million hectares (the size of a small country like Jamaica, Qatar, or Lebanon).

Carbon credits are now accessible, programmable, and composable thanks to the MCO2 Token.

Before you make any decision about whether or not to invest in carbon cryptos, here’s everything you need to know about the carbon credits and their expansion in the market.

What exactly are carbon credits?

How the fight against climate change grew into a multibillion-dollar industry.
Companies wanting to offset their greenhouse gas emissions have turned to carbon credits such as the Moss Carbon Credit, which have alarmed some environmentalists who claim they are doing little to reduce climate change.

As governments put pressure on the private sector to reduce greenhouse gas emissions, the world’s greatest corporations have turned to a financial instrument — carbon credits — to offset their environmental footprints.

According to Ecosystem Marketplace, a market journal maintained by the environmental finance research group Forest Trends, it’s a hot market, reaching all-time highs in volume and on course to be worth $1 billion by 2021. And, just days before the United Nations Climate Change Conference begins on Sunday, the United Nations Environment Programme produced a paper claiming that carbon markets may “help decrease emissions” if clearly defined norms and transparency were implemented.

But what is the significance of carbon credits? And what difference does it make whether they’re used or not?
A carbon credit is a permit that reflects one tonne of CO2 eliminated from the atmosphere. They can be acquired by an individual or, more typically, a business to offset carbon dioxide emissions from industrial operations, delivery vehicles, or travel.

Carbon credits are most commonly generated through agricultural or forestry operations, but they can be generated by almost any initiative that cuts, avoids, destroys, or catches emissions. Individuals or businesses wishing to offset their own greenhouse gas emissions can purchase credits from a middleman or directly from those capturing the carbon.

In the case of a farmer who plants trees, the landowner receives money, the corporate pay to offset their emissions, and the middleman, if one exists, can benefit.

However, this only applies to the “voluntary market.” The involuntary or “compliance market” is another term for it.

What is the carbon credit “compliance market”?

Governments impose a cap on how many tonnes of emissions various sectors – oil, transportation, energy, or waste management — can emit in the compliance market, also known as the involuntary market.

If an oil business, for example, exceeds the authorized emissions limit, it must purchase or use saved credits in order to remain under the emissions cap. If a business stays under the cap, it can store or sell the credits. This is referred to as a cap-and-trade market. The cap is the maximum amount of greenhouse gases that a government will allow to be emitted into the atmosphere, and emitters must trade in order to stay inside that limit.

While politicians and corporate executives have talked about putting a price on carbon, the United States lacks a government, broad-based cap-and-trade market for greenhouse gases.

Regulators, corporations, and environmentalists have questioned the globalization of a carbon cap-and-trade market. However, agreeing on a single time frame, same pricing, common measurement, and transparency is difficult, according to Alok Sharma, president of this year’s United Nations Climate Change Conference, often known as COP26. 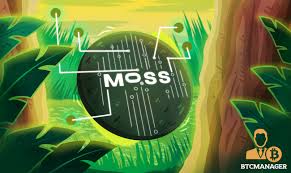 What is the size of the carbon credit market?

According to a September estimate from Ecosystem Marketplace, the voluntary market is on track to hit a new high of $6.7 billion by the end of 2021. According to a poll released in June by the International Emissions Trading Association, traders in the European compliance market expect carbon prices to rise 88 percent to around $67 per metric tonne by 2030.

The significant acceleration of the voluntary market over the course of the year is largely driven by recent corporate net-zero objectives and interest in fulfilling international climate goals set out in the Paris Agreement to limit global warming to 1.5 degrees Celsius above pre-industrial levels.

What is the pushback?
Critics of the voluntary market, in which a corporation purchases carbon credits from a business outside of a regulated exchange, argue that this does not reduce the overall quantity of greenhouse gases emitted by buyers. They are simply offset, allowing corporations to claim to be environmentally friendly while not reducing their overall emissions. Critics refer to this as “greenwashing.”

Carbon credits can also be purchased from projects that would have occurred otherwise. According to Bloomberg, one investment firm pays farmers to transform their fields into trees and then sells the credits to corporations. However, other farmers claim that they have previously planted trees as part of a government conservation initiative.

Furthermore, some of the carbon credits obtained through these programs are not permanent.

For example, FIFA, the world soccer governing body, purchased credits to offset emissions during the World Cup in Brazil. However, the trees were soon felled. The initiative was halted in 2018 after more trees were felled than credits were sold.
What restrictions or control exists in this market?
The voluntary market is essentially unregulated by federal or local authorities.

Because there is no cap on how many tonnes of emissions can be offset in the voluntary market, the driving oversight is a set of guidelines. Carbon credits are validated by a few well-known standards bodies.

How To Invest in Moss Carbon Credits

The KraneShares Global Carbon Strategy ETF (KRBN), for example, is benchmarked to the IHS Markit Global Carbon Index, which tracks carbon-credit futures contracts (we’ll go over carbon-credit futures in more detail later). The fund was established in 2020 and had had a net asset value (NAV) increase of more than 154 percent since its establishment as of December 31, 2021. 2

Futures of Carbon-Credit
Carbon-credit futures are another way to invest in carbon credits. A futures contract is a sort of derivative in which two parties agree to exchange an underlying asset at a certain date and price. In the case of these futures, the underlying assets are carbon credits.
Individual investors can also indirectly invest in carbon credits by investing in companies that exchange them. Microsoft, for example, has proclaimed its goal of becoming “carbon negative” by 2030 and has contracted 1.3 million carbon offset credits as part of that endeavor for 2021.
Shell is another firm active in the carbon credit industry.

Rather of purchasing carbon credits, Shell sells and trades them with other firms, and the proceeds are used to fund its global range of environmental products.

What You Should Know Before Investing in Carbon Credits

When investing in carbon credits, it’s critical to understand what you’re getting into, just as it is with any other investment. Because these investments are relatively new, there is limited information and investment possibilities accessible.

The good news is that because carbon credits can be purchased through ETFs, they are an accessible investment that everyone can add to their portfolio. However, there are hazards to investing in carbon credits in any form, and it is critical to be aware of them.

Carbon-credit ETFs have enjoyed favorable returns since their introduction, but previous performance is no guarantee of future results. Price variations are likely because futures contracts are known to be volatile and speculative in nature.