Everything you need to know about the Freedom Phone It's ALMOST a 'scam'. Let me explain... 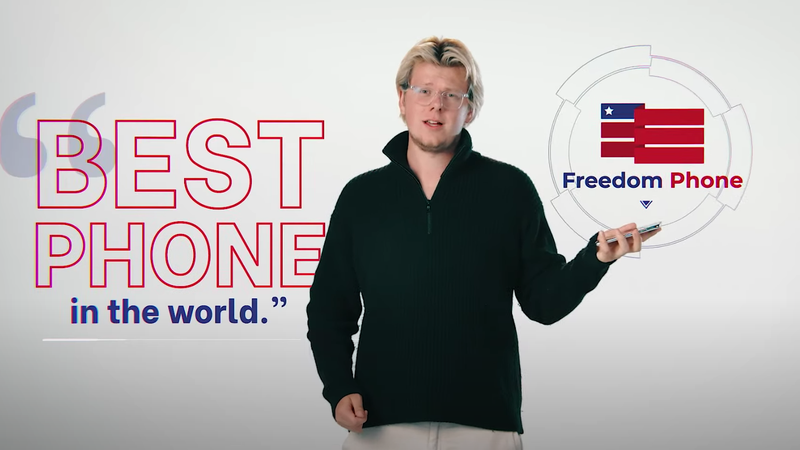 Last week a 22-year-old Bitcoin millionaire, Eric Finman, announced to the world, the ‘Freedom Phone’. He claimed it to be a completely private phone, completely free from any censorship and snooping from big tech companies like Twitter and Facebook. The smartphone became trending around the world instantly with social media influencers promoting it with their word.

The smartphone costs $500. Eric says that he got inspired by the January 6 riots at Capitol Hill in whose aftermath free speech app called ‘Parlour’ was removed by Apple and Google from their app stores. The riot is said to have been coordinated on Parlour. Are thought that the chosen unacceptable form of censorship and chose to create a smartphone that is free from all censorship.

His Claims of this phone being free from all censorship relies on the operating system he created called the ‘Freedom OS’. Experts who got their hands on the smartphone says that FreedomOS is just Android with the Google apps uninstalled. And greatly resembles a custom ROM that has been around since Android itself called the ‘Lineage OS’, which we can install for free on most Android smartphones.

The Freedom phone’s app store, Patri App, is said to have all the apps that Google has removed from its Play Store. Again, true but nothing special. We can always download those apps on our existing Android devices for free from the developer’s website.
There are no hardware specifications mentioned on the company’s website, and neither are privacy benchmarks.

This smartphone exists on its stance against big companies but ironically the company is paying influencers to promote the smartphone on social media sites like Twitter and Facebook. Every smartphone purchase from these affiliate links would make $50 for the influencer.

Eric says in his Twitter promotion that “your data is yours”, but in an interview with DAILYBEAST, he revealed that the smartphones are being manufactured by UmiDigi, a Chinese manufacturer, known for their low cost and absolutely not their reputation for security. If that’s not enough, UmiDigi already sells a smartphone that looks exactly like the Freedom Phone and also has the same hardware specifications. What’s even more interesting, the UmiDigi branded smartphone costs $110, compared to $500 for the Freedom Phone.

It’s simple, we can do all the things on our current Android smartphones that the Freedom Phone claims to do. Except, our smartphone is supposedly cheaper and more secure since we don’t where Freedom Phone company will store our data.