Everything You Wanted To Know About India’s Very Own E Commerce Giant – Flipkart!

Flipkart is India’s very own e commerce platform which is a 100% desi, or so it was before Walmart acquired 77% of its shares.  Anyways, Flipkart has been a part and parcel of our lives since a very long time. From pretty humble beginnings to mind boggling growth, this online store has given us all, an enthralling success story to look up to.

The online retail industry market is of a size of around 60 billion USD. It is expected to each 200 billion by the year 2026. According to a digital marketing company in Gurgaon, Flipkart, after its acquisition by Walmart, has even decided to start a few retail stores across India for certain categories. The Indian and global e commerce industry is on the verge of exponential growth, and the introduction of high speed internet has fueled the process across the nation.

In 2007, when Flipkart first started operating, there were not much competitors in the online commerce platform other than Amazon. This gave them a huge advantage as this concept was still pretty novel to the Indians. Today, we see ample online stores that sell almost everything one could ask for. All of this came into reality only after Flipkart stood before them as a success story one could not look past.

The Journey That Followed 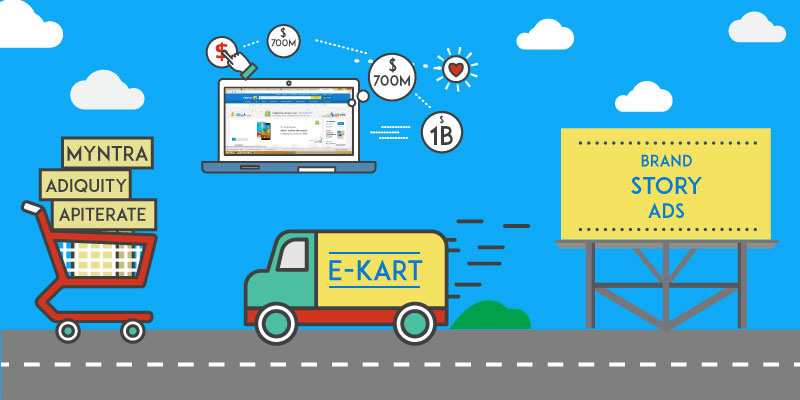 Back in 2005, there were two IIT Delhi graduates who then went on to work for one of the most sought after firms of the time, Amazon. After working for the e com  mammoth for some time, they both felt like they could be a part of something much grand, unlike the daily 9 to 5 rat race they were in. In 2007, these two colleges decided to start an online book store named Flipkart, in a 2BHK apartment in Koramangla, Bangalore.

Sachin Bansal and Binny Bansal started this online platform with a capital of 5,600 USD, which then went on to become the absolute synonym of a startup success and a living inspiration for millions and millions of Indians. Everything that happened from that day on, was nothing less than a dream come true. The 16 billion USD acquisition of Flipkart by Walmart was the biggest acquisition the nation had ever seen, and the grandest purchase of an e commerce company that the world has witnessed.

With over 150 million products within 80 categories, Flipkart is one of the leading e commerce platforms in India. The firm has taken the aid of social media platforms such as Twitter, YouTube and Instagram for the extensive promotion of their products. They have also amped up their website interface to make it more user friendly. As it is a B2C model organization, customers have the liberty to choose their sellers and products from a wide range of options. 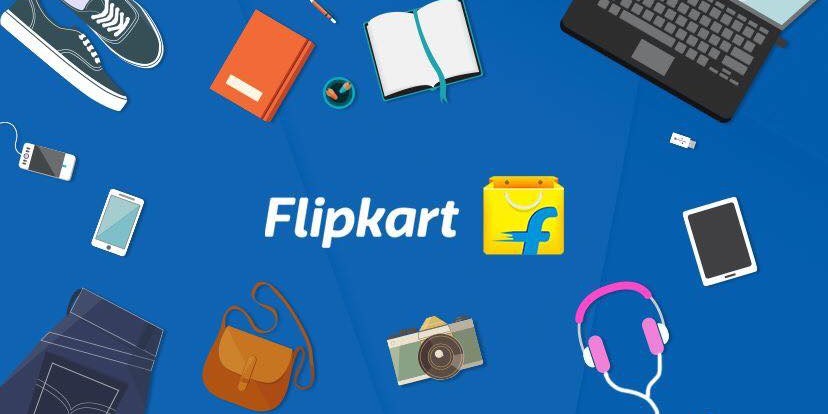 The retail business in India is a 600 billion USD industry and the e commerce accounts to almost 8% of the total. The online retail industry has a pretty good environment for growth, as the people are becoming more and more inclined to shopping from the comforts of their home. Flipkart has reaped almost all the benefits of the sector.

Selling branded products at reasonable prices is one of their most attractive features. The key feature that attracts so much customers to their website is indeed the reasonable pricing. Apart from that, the customers are also provided with attractive discounts and offers. The refund policy and cash on delivery options are an added advantage. The customer service is also commendable.

They offer a wide range of products from everyday appliances to high end beauty products. This makes the shopping both convenient and effortless for the customers. There are also the Flipkart Assured products, which are double checked and approved by them for extra security and quality.

Sachin Bansal and Binny Bansal, who are not related in any way other than as business partners, are the founders of Flipkart. Both of them were 2005 graduates of IIT Delhi. Their official exposure to the Retail Industry was during their time at Amazon. Both of them met at the workplace and soon discovered that they both shared a common passion towards revolutionizing the e commerce industry of India. 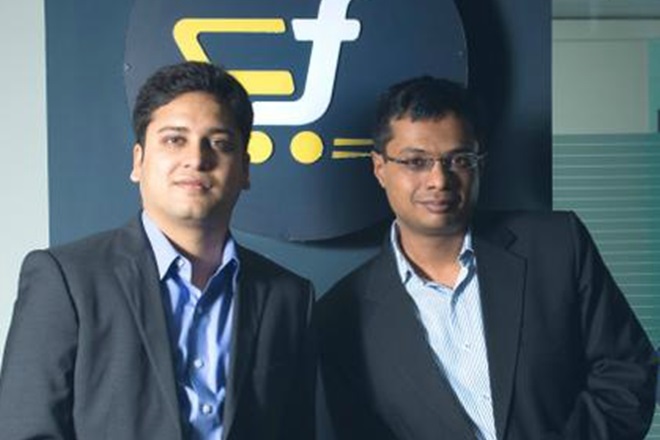 So, neither of them had an experience or mentionable past in the retail industry other than the fact that they both worked for the biggest e commerce giant of the globe. They wanted to start a similar notion in India. Following the footsteps of Jeff Bezos, the duo started off Flipkart in 2007 as an online bookstore which grew to become the most successful startup in the history of India.

In 2009, Flipkart opened more offices in Mumbai and Delhi apart from the one in Bangalore. Flipkart began its acquisition spree in 2014 by acquiring Myntra for a whopping 400 million USD. It later on went to acquire yet another fashion website called Jabong for 70 million USD in 2016. The firm then acquired the payment website PhonePe and eBay in 2017. 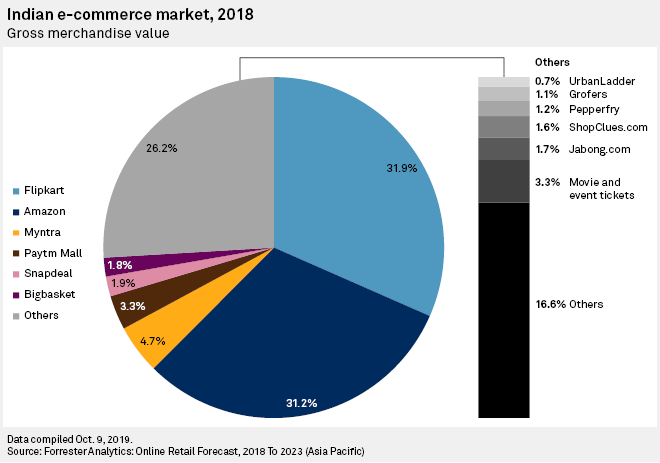 They have also expanded to an office of around 8.3 lakh square feet in Bangalore, bringing together its various offices in the place. In the year 2011, Flipkart also started an office in Singapore. Pretty awesome developments within such a short period, huh? To know more about the founders and their recent ventures, visit https://techstory.in/flipkart-co-founders-to-invest-inr-125-crore-in-iit-delhi-fund/

Finally, Flipkart was acquired by Walmart and a 77% share of the same is now owned by the retail giant. From its inception to 2016, Sachin Bansal was the CEO of the firm. From 2016, Binny Bansal took over as the CEO and Sachin became the Executive Chairman. Currently, Kalyan Krishnamurthy, a Tiger Global executive, is the Flipkart CEO.

Flipkart has raised almost 7.7 billion USD with 22 rounds of funding from various investors. The initial investment to the business was made by the founders itself, with a sum total of 5,600 USD. Accel India and Tiger Global were the investors that followed, between which, Tiger Global is still one of the biggest investors of the company. 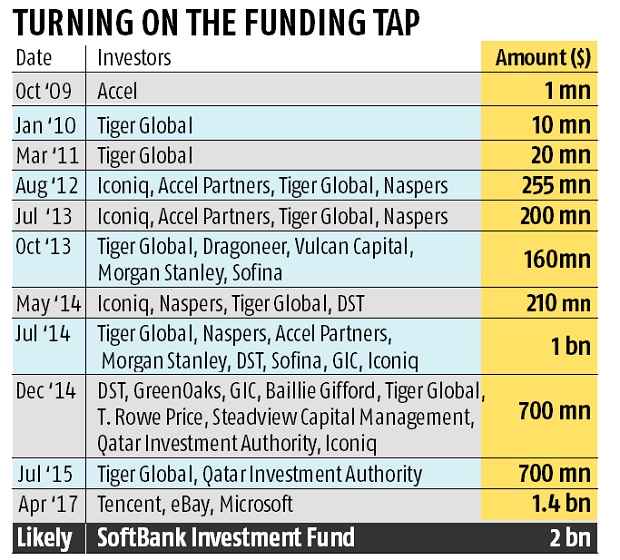 eBay, Axis Bank, Manhattan Venture Partners, Softbank Vision Fund and Naspers are some of the lead investors. Jackpot was hit when the firm was acquired by Walmart for a whopping 16 billion USD, whose major benefactors were the co founders of Flipkart and its major investors such as SoftBank and Tiger Global Manufacturers.

The company incorporated more and more product categories, expanded their working spaces and started new offices. They gave in more offers to customers and became fruitful in providing quality services to the public. 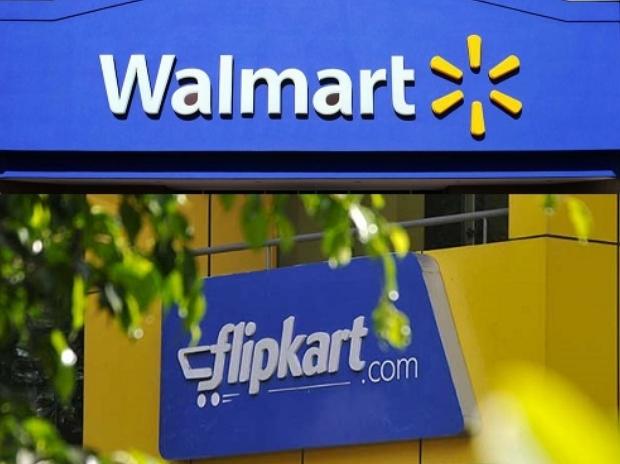 The biggest development for Flipkart was indeed its acquisition by Walmart. The company has seen an unbelievable growth since its inception in 2007. This has led to the sprouting up of numerous startups across the nation, enabling India to raise its rank in the Ease of Doing Business listing. The company has been able to increase its product range from the only category of books to that of millions of products across various categories. This has made  the foreign and national investors believe in the Indian startups and has led to the overall development of the Indian startup environment.