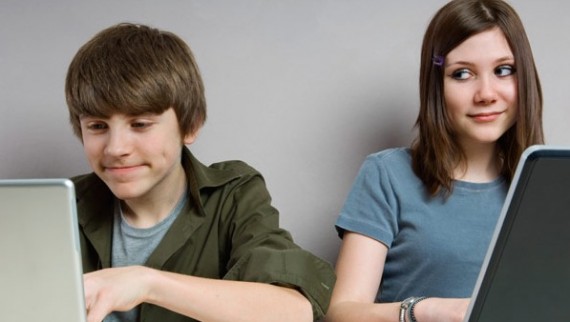 Mumbai, May 20 (PTI) : Facebook is the most preferred social networking site of teenagers, while Twitter comes a surprising third, after Google Plus, a 14-city Survey has said.

The survey was conducted in 14 cities amongst 12,365 students studying in classes 8 to 12.

Almost 90 per cent of the students polled said they use Facebook, Google Plus followed with 65 per cent of the respondents using it. Twitter came third with 44.1 per cent.

Interestingly, 45.5 per cent of those polled said they use the social networking sites for completing school assignments, the survey conducted by the country’s largest software exporter TCS said .

When it comes to studies, online resources like Wikipedia topped with 63.1 per cent of those polled saying they use it, followed by PDFs which were used by 50.9 per cent and online videos with 44 per cent.

The growing proliferation of e-commerce was seen in this segment as well, with over 66 per cent saying they shop online.

Electronic gadgets top the list of the items bought online with 64.5 per cent, followed by books (61.2 per cent) and tickets (41.3 per cent), it said.

Among messaging applications, WhatsApp tops the list with 72 per cent of those surveyed in Mumbai using it while interestingly, boys outnumber girls by a huge 42 percentage points.

On the security front, it said nearly half of the parents monitored their children’s online activities while 52.2 per cent said their parents also have access to the social media accounts.

When it comes to keeping abreast with news developments across the world, the traditional television and newspapers retained the top slot with 76.3 per cent using it, while 52.7 per cent said they use online sources.

Over 20 per cent of the teenagers polled said they subscribe to newsfeeds, while 35.7 per cent said URLs shared on social networking sites help them.

“The need to be constantly aware, always connected and make informed choices is in the basic DNA of the post- millennial students,” TCS HR global head Ajoy Mukherjee said.

The interviewed kids said they spend an average of one hour per day online, nearly three-fourths of them use smartphones even though nearly half of them use home PCs or desktops for accessing internet, it said.