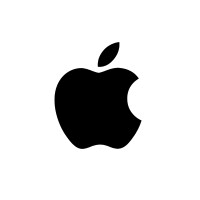 Amid rising concerns over excessive collection of user data by platforms like Facebook, Apple Inc. had come up with a new perfect plan to significantly thwart its efforts, late last year. The electronics giant had announced that iOS 14.5, the latest version of Apple’s operating system, will have an in-built app-tracking transparency.

And now that it has actually been released (well, technically, it was released last month), users are making full use of it to keep data trackers at bay.

What this means is that the iOS would now be asking customers on their opinion on whether they want social media platforms like Facebook, to track and collect their data. Before this new version was launched, companies could have accessed user data freely, and often without restrictions. This data was then used to direct specific ads to the users’ profiles, in keeping with their interests.

In reply, Facebook has taken to the posting full-page ads in news outlets, from the New York Times, to the Wall Street Journals. The reason was to accuse Apple of killing business by putting over 10 million firms (who, Facebook says, make use of their “advertising tools”) at risk.

The Power of Tracking Transparency

Ever since iOS 14.5 has officially been rolled out, 85 per cent of global Apple users have reportedly taken to activate the “Ask App Not to Track” option. In the US alone, 94 per cent users have checked the option.

This seems to be a massive hit to the Facebook, which used to rely heavily on collection and processing of user data, and its use for promoting its business model. Cyber security experts have deemed the move to be a “huge blow” to the company.

This isn’t the first time that Facebook and Apple have had a falling out when it comes to user data security. Back in 2018, when the former was caught up in the scandal surrounding California Analytica, CEO Mark Zuckerberg had deemed Apple Head Tim Cook “extremely glib” for making comments on the issue.