Facebook leaning into medical research in its quest to advance AI

Facebook is in the quest to improve and advance its AI by making it think like humans. Facebook’s AI Research Lab(FAIR) is engaged in efforts to equip machines with capacities similar to humans. This implies the ability to use a particular piece of information or skill for the creation of something that is entirely new. 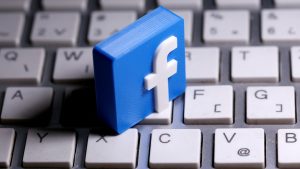 David Lopez-Paz who is a research scientist at Facebook’s AI Research Lab in Paris says that this process is much similar to how humans learn cooking. Smaller steps are integrated to create bigger ones. However, machines are still not in the stage where they could use smaller methods and information to figure out bigger things.

This process of learning from small steps is called ‘compositional learning.’ In order to facilitate the machines with the ability to learn like humans, Facebook has been deploying its resources particularly in the field of medicine. The field of medicine has a multitude of complex problems in need of solutions and this also opens space for artificial intelligence to work on and to improve.

A collaboration with a German-based lab, Helmholtz Zentrum Munchen is the company’s recent work in the field of medicine. The lab is focused on the creation of medicine that is more personalized. The two groups have been successful in the development of an artificial intelligence model which is capable of predicting the impact certain drug combinations can have on an individual cell. It is expected that this experiment will be of remarkable help in developing treatments that are tailor-made for patients, depending on the manifestation of illness on a cellular level.

The collaboration offers a brilliant opportunity for Facebook for refining its artificial intelligence. The dataset and the requirement for combinatorial analysis in the project open up challenges for the company which will substantially help in improving its AI.

The Cell Atlas, an effort for attaining data on individual cells has been functional since 2015.  With the addition of artificial intelligence to the blend, it will be easier to give this effort a power boost of efficiency and effectiveness. The effort is mainly concerned with how a single cell makes decisions because one sell can prove to be an information bank for the entire body.

The collaboration will be beneficial for both the field of medicine and the artificial intelligence model as it provides an opportunity for both to explore new domains to work on and to improve and develop.