Facebook might have to pay sums worth $20 million to have the name “Meta,” as the trademark has apparently already been booked by a US-based computer firm. While CEO Mark Zuckerberg has already announced the name, the Facebook conglomerate is yet to get a trademark for the same.

As such, things might become quite complicated, since Arizona-based Meta PCs has said that it has already filed for the trademark for the name “Meta,” months before Facebook decided to do the same. While it too, has not yet been granted the trademark, its application precedes that of the social media giant.

Meta PCs sells laptops, desktops, and computer-related accessories, and had filed for the trademark in back in August. Facebook, meanwhile, applied for the same only on October 28, according to the Patents and Trademark Office. This puts it a couple months behind the former.

A report by TMZ has found that Joe Darger and Zack Shutt, the founders of Meta PCs, are willing to forfeit their trademark application, but are asking that Facebook splurge out $20 million in exchange for that. The amount will likely be used in rebranding their company and products.

And it’s likely that if Facebook does want to go ahead with the name (which seems like the case considering Zuckerberg’s current obsession with the metaverse), they will have to make Darger and Shutt the deal. That’s because a company of its stature can’t really afford to not have its name trademarked. 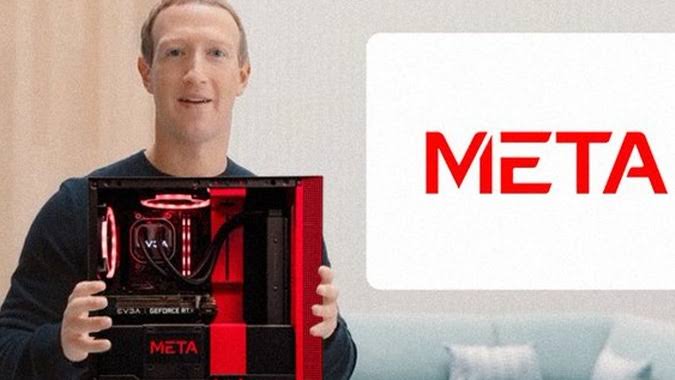 Meta PCs, on the other hand, is enjoying the fiasco, noting a rise in the number of visitors on its social media accounts, even as it released a video taking a jab at FB’s rebranding.

Both Might Get The Trademark, But Problems May Arise Later

The TMZ report also highlights the fact that there exists a scenario where Facebook may end up getting its new name trademarked without the need to go through with the deal. 7One can expect both firms (FB and Meta PCs) will be granted a trademark for the moniker, seeing as how their businesses differ from each other significantly.

But still, if the same happens, there exists the prospect of a conflict arising in the future. Take, for example, the fact that Facebook already sells its own line of VR gear under the Oculus brand (now renamed Reality Labs). If Meta PCs decides to launch its own set of products for a similar use, the two firms may end up in another rebranding clash.