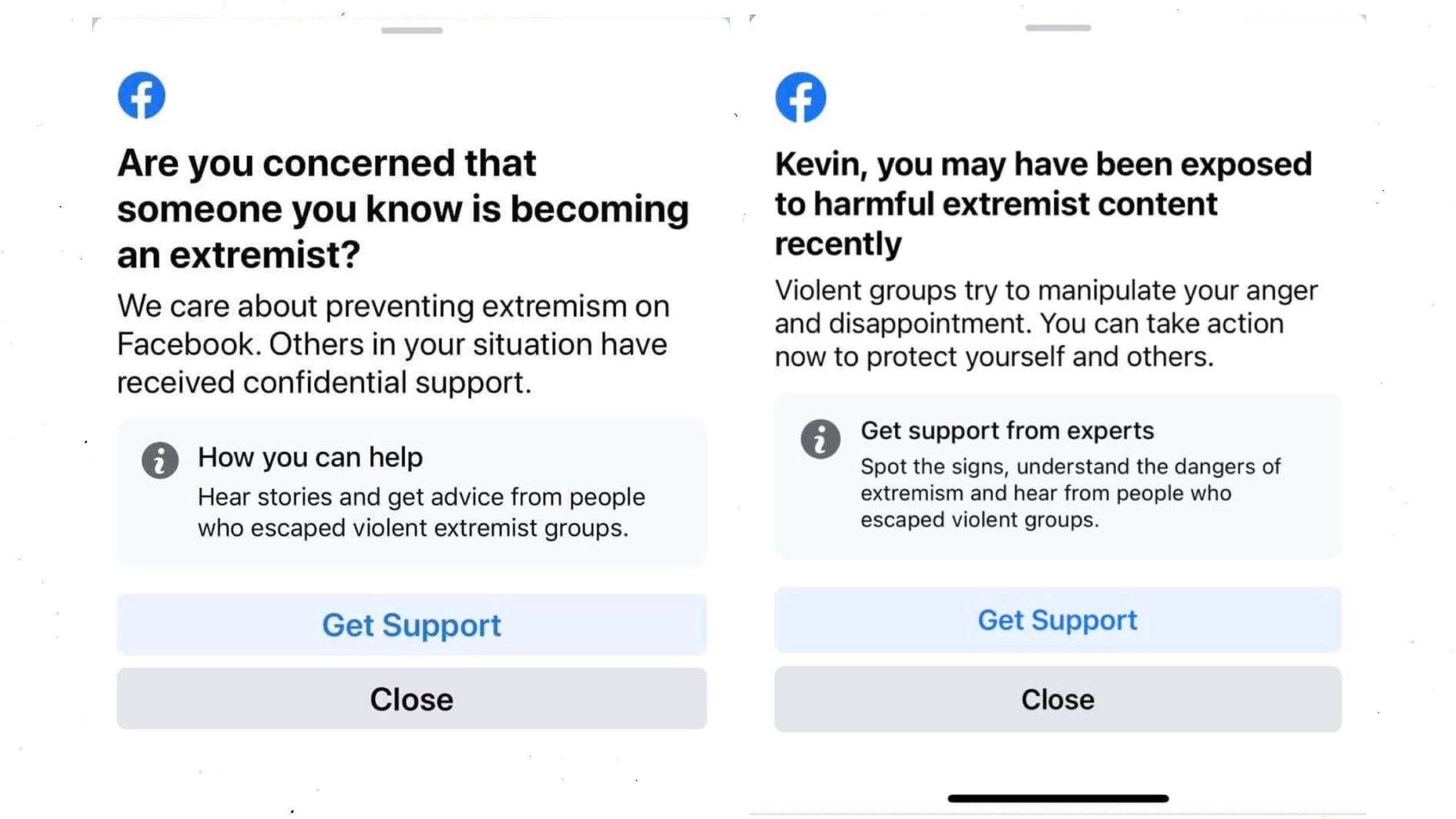 Facebook Inc., the social media conglomerate has been hugely criticized in the past for not taking any concrete action on the spread of misinformation and violence on its platforms, and honestly, this non-vigilant attitude of the company has led to several violent incidents where people have got injured, they have died, went through harassment, mental abuse, threats, and whatnot. Users tend to get exposed to extremist content and ultimately form opinions that make them extremists which is neither good for the community nor the individual.

Having said that, according to recent reports, Facebook is prompting users if their friends are becoming extremists. As mentioned in a report by CNN Business, some Facebook users in the United States are getting a prompt asking them if they are worried that someone they know or someone from their friend list is becoming an extremist.

What is this prompt? Is this another test that the company is conducting or a new initiative?

Well, this prompt is all part of a test that the social media conglomerate is conducting to avoid people from becoming extremists by limiting their exposure to extremist content. Facebook users who are watching extremist content on the platform will get a different prompt saying that they have been ‘exposed to extremist content’, in an attempt to make the user realize that this is something that is not appreciated in the community.

Andy Stone, a Facebook spokesperson mentioned in a statement to CNN that these prompts are part of the company’s Redirect Initiative that aims to combat extremism that has previously led to major disasters. This test is being conducted to provide users with the right resources and support, who have been exposed to extremist content on the platform or have been engaged with an extreme organization. The prompt that asks if your friends are becoming extremists is also a kind of support and resource that allows extremists to turn their way around before things get too out of hands and there is no coming back.

Spokesperson Stone said that Facebook is partnering with academic experts and NGOs to provide extremists on the platform with all the right kinds of resources in the hope to have more share in the future, according to a report by CNN.

Furthermore, users who have been exposed to extremist content get a prompt that redirects them to a support page where it reads “you can take action now to protect yourself and others”, “Violent groups try to manipulate your anger and disappointment”.

Facebook is redirecting these users to support pages and support groups that help people leave violent far-right movements. These actions by the company have become more serious after the violent January 6th incident of U.S. Capitol Hill.