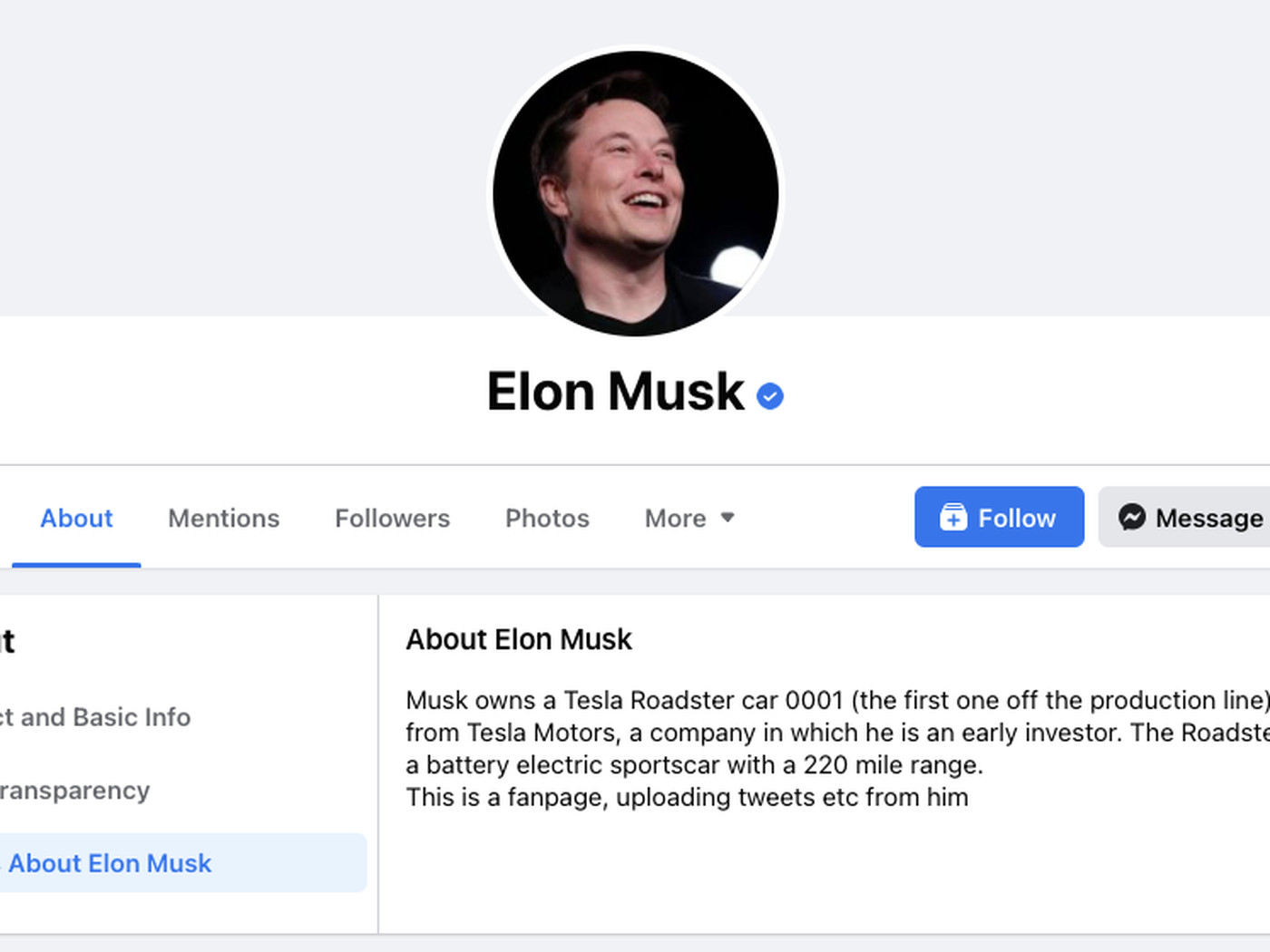 Meta, formerly known as Facebook Inc. is the same company with a different name. It is still the social media conglomerate that it used to be with the same amount of goof ups that it used to do. In a very recent one, Facebook verified an Elon Musk fan page which turned out to be a Bitcoin scammer.

Yes, you read that right! Water all over the stern Facebook procedure to get a blue tick. Facebook has been trying to verify suspicious popular accounts before verifying them but certainly, the organization missed out on the details and scrutiny before offering this badge to the account.

According to a report by Engadget, the page has over 153,000 followers with Musk’s tweets, quotes and writings. The bitcoin scammer actually did not hide that it isn’t an official account, it acknowledged the fact in its description that it is just a fan page and there is no explanation on how Facebook left that out. “This is a fan page, uploading tweets etc from him.” How could Facebook miss such a closed-ended, precise and direct detail?

Furthermore, the admin of the account is based in Egypt and not the United States where Elon Musk actually resides. So, the point is that the odds of this account being verified is 1/100000 but Facebook made it happen with no explanation on how they ignored such direct clues of this account not being an official one. Even the URL of the page ended with “ElonMuskOffici” instead of complete ‘official’ at the end.

The account has made 11 posts to date, most of them just being Musk’s re-tweets and pictures, but not the last one. The latest post was a phoney bitcoin scam under Musk’s name, a giveaway that could have gauged in a lot of attention and funds. Nothing to worry about, the post has been removed.

As noted by The Verge, the account was first created back in 2019 by the name of Kizito Gavin with multiple name changes since then. The latest one ‘Elon Musk’ was changed on October 17th 2021.

Facebook’s verification process is useless, it is quite evident now, but, in reality, the company requires the person to submit a passport or driver’s license which verifies the photo identity of the account requested to be verified. However, it seems like the scammers have found their way beyond that official process.

Meta has no answers on how this happened but we are sure that it must be investigating the issue.