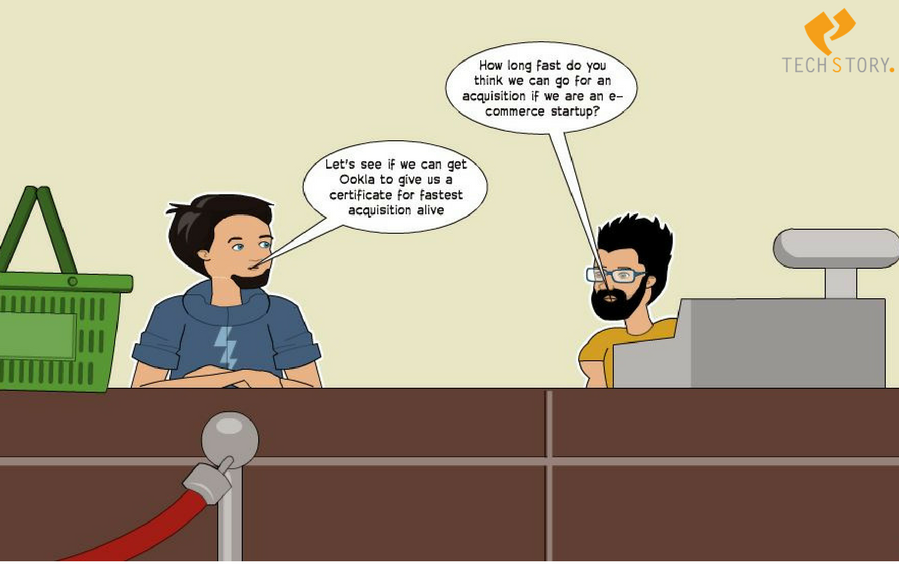 Shiv: Stevzzz! Is Flipkart going to acquire Snapdeal or eBay? ? eBay did participate in the latest round of funding! But seriously, is $ 1billion enough? ?

Steve: Lol, not sure if this billion dollar package will let them sit in IIT/IIM placements.. ? Seriously if you’re fighting with Amazon, nothing is large enough.. Since Microsoft already participated in this round, can we expect Bill Gates to participate in the next round..?? ?

Shiv: Haha if that indeed happens, it’ll be a war zone (of funding) between number one ? vs number third ? richest man! Meanwhile Jio-Airtel war to be the fastest network alive (refer The Flash 〽) continues!

Steve: ?? why does it sound like “My name is Bharati Airtel. And I am the fastest network alive. To the outside world, I’m a 3G network. But secretly, with the help of my friends at Ookla, I fight Jio and compete other telecom networks like me.” ??

But did you check out the multiverse? Somewhere there’s a Vodafone Idea merger happened to become the leaders in the space.. Voda Idea sirji.. ?

Shiv: Never, I knew that McDonald’s mascot was a bit scary, but their data leaks aren’t worth the burgers.. ? At this point should we go for apple?

Steve: Haha Apple too getting adulterated these days! Nothing is safe! Food, Technology, Jobs! Cognizant is cutting off jobs, should we try to get on board these people for our startup? ?

Shiv: Lol.. It looks like the people at Apple must take an apple a day to keep the hackers away.. ? CTS people? nah man.. Flipkart should be big enough to hire them now.. I was thinking someone with enough experience.. How about someone from Uber’s COO competition? ?

Steve: Who’s funding us? Lyft!? ? So whom would you prefer for #ShivandSteve’s startup? Tim Armstrong, CEO of AOL, Thomas Staggs, the former COO at Walt Disney and John Martin, CEO of Time Warner’s Turner! Lets cut the deal before Uber does!

Shiv: At this stage, if and only if Uber is not supportive of Travis, we can try him out itself for our startup.. ?

Will e-commerce become the centre of the bubble again? How do they decide which industry to choose for their startup? Let’s see if they get any clarity at least next week!