According to recent reports, the FCC has put forward a plan to require the blocking of spam texts from fake numbers. This plan comes after the complaints against spam messages are increasing by the day. Read the entire article to learn more about this news piece.

“In this Notice of Proposed Rulemaking (NPRM), we propose to require mobile wireless providers to block illegal text messages, building on our ongoing work to stop illegal and unwanted robocalls,” the FCC said. “Specifically, we propose to require mobile wireless providers to block texts, at the network level, that purport to be from invalid, unallocated, or unused numbers, and numbers on a Do-Not-Originate (DNO) list.” These texts “are highly likely to be illegal,” the FCC said.”The American people are fed up with scam texts, and we need to use every tool we have to do something about it,” FCC Chairwoman Jessica Rosenworcel said. “Recently, scam text messaging has become a growing threat to consumers’ wallets and privacy. More can be done to address this growing problem and today we are formally starting an effort to take a serious, comprehensive, and fresh look at our policies for fighting unwanted robotexts.” “We also seek comment on the extent to which spoofing is a problem with regard to text messaging today and whether there are measures the Commission can take to encourage providers to identify and block texts that appear to come from spoofed numbers,” the FCC said. 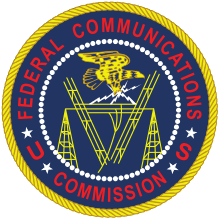 Why has this plan come out now?

This pan has come out now because complaints against spam text messages are increasing day after day which is why the FCC was compelled to take action regarding this issue. The Fcc said in a statement that spam texts are no different than spam calls. They pose a threat to the privacy of consumers and can eventually lead to fraud. The FCC is doing its bit in safeguarding the consumers from fraud by giving alerts about the spam robotexts. As per the reports, the FCC also created a report about the various tricks used by frauds to scam people among other things.

For people who know nothing about the FCC, this article will give you an idea of what it is and what it does. FCC stands for Federal Communications Commission and its sole purpose is to encourage competition among different broadband services, and change the media regulations from time to time among many others.