FED survey reveals that 12% adults in US are actively playing the crypto game!

Cryptocurrency and it’s foothold around the globe. 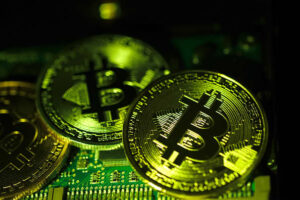 Cryptocurrency is a matter that needs no introduction. As on date, in the financial sector, the most discussed, debated and followed trend is about the cryptocurrencies and about its market. Cryptocurrency has got a foothold across various countries in the world and has been able to penetrate across various industries from sports, fitness to pharma across the globe. The developed countries such as USA, UK, Canada all of them are front end users and investors of cryptocurrencies, while the developing countries such as India are also coming into the zone of being heavy users. Crypto market and its volatility was the trending news all across the world, when the market imploded all of a sudden on May 12 2022.

Though the Financial Crimes Enforcement Network does not consider cryptocurrencies to be a legal tender, the crypto exchanges have got their recognition as money transmitters on the basis that cryptocurrency tokens are “other value that substitutes for currency.” USA have set up a lot of regulatory frameworks in association with SEC to have a control over the business as well as to curb the crime related to cryptocurrency.

Survey that revealed about 12% of Adults in USA are crypto owners.

Federal Reserve conducted a new survey which indicates that as of 2021, about 12% of the adults in United States have been actively participating in the trading of cryptocurrencies. The FED also acknowledged that despite being a new entrant in the financial sector, most people interacting with cryptocurrency are mainly focused on the investment side of it. After diving more deeper, the survey also found out that nearly 2% of the crypto users also use cryptocurrency to make purchases.

The survey also found out that, nearly 2% of crypto investors were also using the currency to make purchases of different kinds. On analyzing the income disparity levels, it was found out that, majorly high-income earners were the ones who were actively participating in investing in digital assets. In addition to conducting the survey, the FED is highly determined to outline a regulatory framework to govern the cryptocurrencies such as bitcoin and other stablecoins. The debate of a statutory framework has been ignited by the recent market crash, which saw Terra USD plummet and fall to its lowest value wiping billions of dollars from the market and causing a massive dent in the income and trust of the investors.