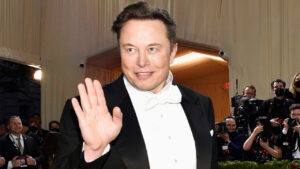 Just a while after reports emerged regarding Elon Musk allegedly sexually harassing an employee, the billionaire CEO stated that he does not have a flight attendant on planes, with only fruits and nuts available.

Last week news came out that the Tesla CEO allegedly sexually harassed an employee of his, a flight attendant on his private jet in 2016. Moreover, SpaceX reportedly paid her $250,000 in order to settle the case outside court.

Musk’s new tweet came as a response to Tesla investor Sawyer Merritt on Twitter, Merritt has shared an article link which spoke regrading Gwynne Shotwell, President of SpaceX defending Musk against the accusations in an email to the staff. She stated how she believed the allegations to be ‘false.’ Additionally, specifying this was not because she worked for Musk, but “because I have worked closely with him for 20 years and never seen nor heard anything resembling these allegations.”

“I believe the allegations to be false; not because I work for Elon, but because I have worked closely with him for 20 yrs & never seen nor heard anything resembling these allegations”https://t.co/OyAoYBYB8E

In response, Musk stated how ‘astute observers’ of his aircraft, which are many in number, would note that he does not ‘use a flight attendant.’ He went on to say how only ‘fruits and nuts’ are available on the plane, specifying that he uses these flights as a chance ‘to fast.’

Astute observers of my plane (and there many) will note that I don’t use a flight attendant.

Moreover, only fruit & nuts are stocked on the plane. I use flights as an opportunity to fast.

Clearly, this is not the first time that Musk has gone on to dispute these allegations, stating these claims were ‘utterly untrue.’ Moreover, he followed it up with another tweet.

“But I have a challenge to this liar who claims their friend saw me “exposed”- describe just one thing, anything at all (scars, tattoos,….) that isn’t known by the public. She won’t be able to do so, because it never happened.”

Additionally, he pointed out how these attacks against him must be seen ‘through a political lens.’ “This is their standard (despicable) playbook,” and nothing could stop him from advocating for a better future and people’s right to freedom of speech.