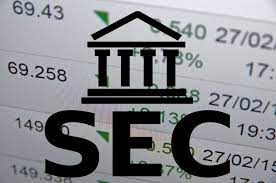 Fidelity Digital Assets met with SEC officials privately. The purpose of the meeting was to argue if that the cryptocurrency market is now large enough to sustain their proposed bitcoin exchange-traded fund.

According to a presentation that lays out investor interest for the product, the investment firm’s president, Tom Jessop, and other officials attended a virtual meeting with the regulator on September 8.

According to an internal survey, bitcoin exchange-traded funds have a lot of appeals. US institutions showed interest in digital assets, and a lot of institutional investors are currently holding cryptocurrencies.

Market regulators in Canada, Germany, Switzerland, and Sweden have already approved bitcoin ETPs, according to Fidelity. The discussion with the SEC was convened as the US government continues to delay approval of these financial products.

Although no analogous product has yet received approval in the United States. More than 20 companies, including Galaxy Digital, VanEck, Valkyrie Investments, and FirstTrust/SkyBridge, have submitted applications to the securities authority. It has postponed the decision on VanEck’s ETF for another 60 days, until November 14.

SEC Chair Gary Gensler has expressed some interest in bitcoin ETFs. He claimed that those that follow the toughest mutual fund requirements could give investor protection. He also appears to prefer authorising a futures-based ETF to a real one.

Fidelity’s argument, on the other hand, didn’t seem to mesh well with Gensler’s preferences.

Fidelity stated in its presentation that they believe bitcoin futures-based products are not a necessary interim step before a bitcoin ETP. Firms should be able to meet investor demand for direct exposure to bitcoin through the 1933 Securities Act”. adding that the bitcoin market has matured and can support them.

In March, the company filed paperwork to develop Wise Origin Bitcoin Trust. Ia bitcoin ETF that would track the digital currency’s price performance. It would trade on Cboe Global Markets if allowed.