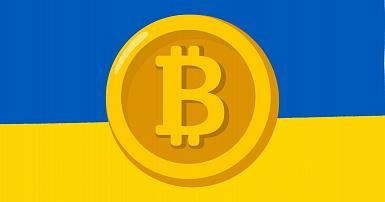 Finland is planning to donate Bitcoin to Ukraine

Finland is planning to donate Bitcoin seized from various criminal investigations undertaken by its government to Ukraine, according to Helsingin Sanomat. At the current exchange rate, the potential sum might be worth up to 73 million euros ($77 million). Finland has also considered donating 1,981 bitcoins seized by the country’s customs authorities.

Finland’s finance minister declared that the country will give Ukraine “tens of millions” of euros gained through the sale of stolen Bitcoin. Finland now has 1,981 Bitcoin confiscated by Customs authorities during criminal investigations, valued at around €75 million at current exchange rates.

“Thanks to the revenues from the sale of Finnish Customs’ stolen Bitcoin, the government will donate tens of millions to help Ukraine,” Finnish finance minister Annika Saarikko tweeted, adding that the measure was “acceptable and legitimate.”

Finnish Customs said that it chose Coinmotion and Tesseract, both based in Finland, to handle the Bitcoin transaction because of their “procedures to prevent money laundering and examine the buyer’s history.”

Ukraine has already received tens of millions of euros in cryptocurrency donations since the Russian invasion began in late February.

Last year, Finland’s Customs announced plans to auction off the stolen Bitcoin, the majority of which was acquired in a large narcotics bust in 2016, when 1,666 tokens were taken. The Bitcoin harvest was worth less than €700,000 at the time.

At current pricing, it is worth closer to €62 million. Finland will take its time in donating to Ukraine. The adjustments, according to Saarikko, would initially be presented to the country’s parliament in a future supplementary budget. The Bitcoin will be auctioned off next, according to Customs, which is scheduled to happen this spring or early summer.

Finnish Customs will sell around 1,890 Bitcoin. The funds will be transferred to the state as usual, and all other assets confiscated by Customs will be returned as well. Ukraine has actively sought cryptocurrency donations in order to support its response to Russia’s invasion.

As legal proceedings involving some of the original holders of the tokens are still ongoing, not all of the tokens seized by Finnish authorities will be offered for sale.

“Our current aim is to make the legally enforceable virtual currency held by Customs, around 1,890 Bitcoin, available for liquidation to brokers in the spring or early summer. The money, together with any other assets confiscated by Customs, would be returned to the state in the usual manner.” Director of Finances Pekka Pylkkänen stated

If you find this article informative then do not forget to share it with your friends and family! Let us know in the comment section what are your thoughts on the topic.