Fintech Users in India at 10-15 Crore: Zerodha CEO According to Kamath, it will get tough for companies that spent a lot on customer acquisition and on employee costs amid the tech hiring boom over the past year.

Nithin Kamath, is the founder and chief executive officer of Indian based start-up Zerodha. He recently said that the number of people who use fintech services regularly in the country stands at just 10-15 crores. He went to say that start-ups in India receive investments under the premise that the market is three to four times bigger than what it actually is. 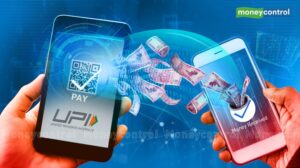 He went to say that with these numbers, it is safe to assume that the number of regular and unique users of fintech services cannot be more than 15 crores. However, start-up across the nation is being invested in as if the strength in users is well over 40 crores. Such over the top numbers and inflated valuations are detrimental not only to the company but even to the entire industry.

This will also be difficult for companies as getting more customers not only to use their product is one thing, but with so less people in the market, they are forced to pull people in to their industry and then sell their fintech products and services to them. Customer acquisition has been pinpointed by Mr. Kamath as a major issue for fintech firms in the comping future. The costs to hire and keep employees will also be too heavy for the company if they are not able to bring in the required number of consumers.

He said that the massive spending that companies do is also a big issue and pointed at Coinbase as an example. The fintech and crypto world in India is still relatively tiny compared to other countries, but yet, they tripled their strength from 2,000 up to 6,000. Not only that, but these people were being offered an income so high it felt like they also own part of the company. He also said that due to all of this exorbitant spending, companies are also spending too much money on acquiring new customers who might not even be there in the long run.