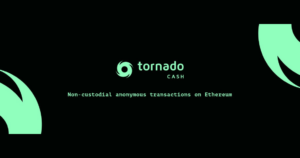 Essentially, Tornado Cash is a crypto mixer which is decentralized, open-source protocol for private transactions on Ethereum network. But unfortunately, this platform is more commonly used by illegal users to launder funds and go unnoticed

On 10th August, the FIOD went ahead to arrest a 29-year-old man in Amsterdam. The allegations on the accused were that he was involved in concealing criminal flows and was conducting money laundering by mixing cryptocurrencies through the decentralized Ethereum mixing service Tornado Cash. FIOD is also essentially referred as a Safe Financial Netherlands and investigates with effect and impact.

The suspect to be produced before the court

After the arrest was made, FIOD has proceeded to file a court case and if the reports are to be believed, the suspect will be produced before the court. It is tipped that, the suspect will be examined by the judge in Den Bosch between 11 to 11:30. Interestingly, it is also observed that FIOD is critically keeping the crypto mixing activity under scrutiny.

Since, FIOD is scrutinizing the platform critically, there is a possibility of multiple arrests happening. Essentially, FIOD began investigating in June and since then, it has made deep in roads in the case. Public Prosecutor’ Office for serious fraud has taken the charge to lead the case.

Cryptocurrency market has always had to deal with a lot of issues in regards to safety, security of the funds. Money laundering is also among one of the mal practices that these criminals follow to rob the investment of the investors. It is also observed that, the instances of money laundering in the crypto market are more as it is easy to go unnoticed. Due to the same reason, FIOD has started scrutinizing the decentralized autonomous organization to keep a check.

What are your thoughts about the money laundering instances happening in the market? Share your thoughts with me in the comment section. If at all you found this content informative, then please share it with your family and friends.