Firefox is apparently sending more of your data to Mozilla than you might think. News has it that in order to support Firefox Suggest, Firefox sends your address bar keystrokes to Mozilla servers, along with your location information and more.

Firefox Suggest was introduced recently, in the newly-released Firefox 93 version, which came into being on October 5. The tool allows the company to deliver ads to your search bar, something which Mozilla says functions as a “trustworthy guide to the better web,” since it provides information about sites that might be relevant to its users.

What this means is that once you start typing something in your address bar, then along with the search suggestions from your default search engine, you will also receive results from “Firefox Suggest,” which will point you to web pages, some of which may be sponsored. You can disable the ads though.

The tool remains on by default, though Mozilla blog post still calls it an “opt-in experience,” something it ceased to be in September this year. At the same time, Firefox does say that Suggest is enabled by default only in the US for now. 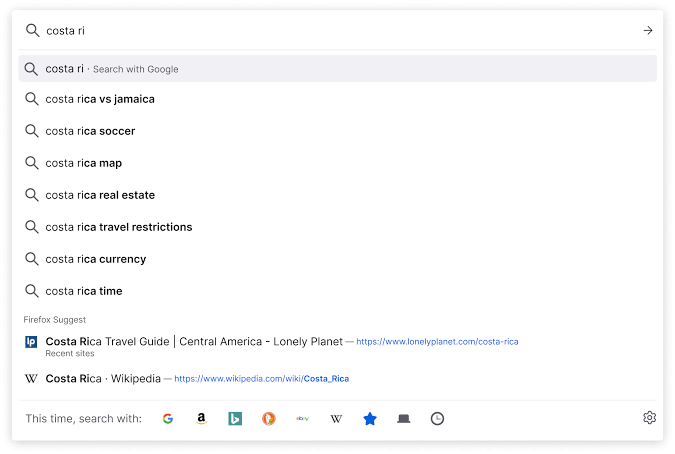 And while this hadn’t been the deal with Mozilla up till recently, it does seem to be case now. And that’s not the end of the story, since Firefox will be sending your keystrokes to Google or other search engines too, just like it always has, in addition to sending the same to Mozilla.

Promise to Not Misuse

And since it’s providing contextual suggestions as well, Mozilla needs more data, like the city where you’re located, or whether or not you click on its suggestions. Nevertheless, the company does promise not to misuse user data, claiming that it is collected only to help it “operate, update, and improve” the overall functionality of Firefox Suggest.

Still, if you’d rather not have Mozilla know of your whereabouts, then you can disable Suggest by clicking on Menu > Settings. From there, select “Privacy & Security,” scrolling down to “Address Bar – Firefox Suggest,” and finally disabling “Contextual suggestions” and “Include occasional sponsored suggestions.”