First Ethereum Node has been Launched to Space, Now Installed on ISS

The team of SpaceX announced about the ETH node has been installed on ISS on Twitter.

Our ETH node has been installed on the #ISS. We’re stoked to start testing the node. This is the start of our space-as-a-service for businesses.

SpaceX launched an Ethereum (ETH) node to the International Space Station on July 3rd, 2021. (ISS). This is the first time an Ethereum node has been launched into space, which is a significant achievement for the world’s second-largest cryptocurrency. 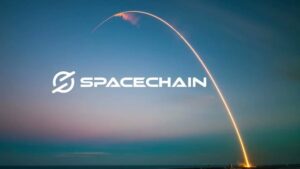 SpaceChain revealed that they hired SpaceX to deploy the node to the ISS using the Falcon 9 rocket. Nexus Inc, a SpaceChain client, installed the Ethereum node, which is SpaceChain’s fourth blockchain payload to enter orbit. On June 24, 2021, SpaceX launched another Falcon 9 rocket to the International Space Station.

Each Ethereum block has a node that verifies transactions, keeps the network safe, and maintains data accuracy. Because of the ISS node, SpaceChain clients may now leverage the Ethereum blockchain for their whole range of services, including data security and asset custody.

Elon Musk’s growing interest in and ambition to advance the bitcoin business is also demonstrated by this collaboration. Despite his recent controversy over statements on Bitcoin mining’s energy efficiency and his open support for speculative assets, Musk’s launch demonstrates his commitment to space development.

SpaceChain can strengthen blockchain applications and transactions with greater security and immutability thanks to Ethereum’s smart contract platform running in space, allowing more users and developers to get involved with SpaceChain’s technology.

SpaceChain is a community-based space platform that integrates space and blockchain technology to create the world’s first open-source blockchain-based satellite network, allowing users to develop and execute applications in space. It was founded in 2017.

The launch of the Ethereum node represents a watershed moment for the popular commodity, demonstrating how Ethereum may be used in the real world. Individuals or node operators run Ethereum nodes, which are effectively a client software version.

The independence of Ethereum contract operation from centralized terrestrial servers is ensured by the security and remoteness of space infrastructures, allowing for more efficient smart contract operation and a wider range of application scenarios.

This mission has been completely monetized, and it facilitates the adoption of space-as-a-service by companies wishing to overcome land-based infrastructure constraints that stymie blockchain growth.

The integration and adaptation of Cryptocurrencies into emerging sectors and technologies is a promising signal that the industry is just getting started on its long journey towards global acceptance.

With growing interest in Ethereum as an asset and the first Ethereum node being sent to space, the integration and adaptation of Cryptocurrencies into emerging sectors and technologies is a promising signal that the industry is just getting started on its long journey towards global acceptance.