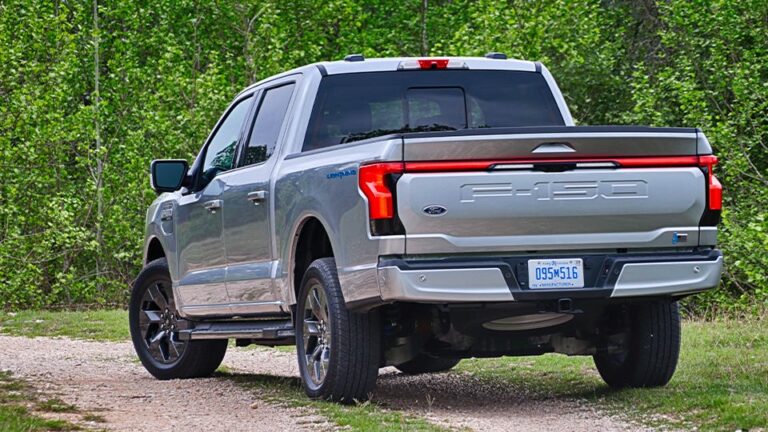 Ford F-150 Lightning gets a boost up reaching 60mph within 4.0 secs

Ford F-150 Lightning gets an upgrade reaching 60mph in under 4.0 seconds. There are no details about the exact seconds, however, the CEO Jim Farley stated that the vehicles can go under 4 seconds. This acceleration is applicable for those F-150 Lightning vehicles equipped with an Extended Range battery option.

Ever since its launch into the market, the automaker has been updating the horsepower and payload capacity figures. It is Ford’s first all-electric pickup truck, with delivers both horsepower and payload capacity as advertised originally. CEO Jim Farley tweeted on Monday about the updated capacity of the vehicles. It is yet to be tested on whether it works on not by users who have the extended range battery option.

Farley, nor Ford have said whether this update is only for newly built trucks, or whether existing owners will be able to receive this upgrade through an over-the-air (OTA) software update, either for free or for a cost. Farley also didn’t reveal how they were able to pull out the extra power to reduce the acceleration of the 6,500lb truck by over half a second. For comparison, Tesla’s Acceleration Boost upgrade for the Model Y costs $2,700 CAD ($2,000 USD) and lowers the 0-60mph time of the electric SUV by half a second.

But while the Ford F-150 Lightning is only becoming more compelling over time, the vehicle is not without its issues. The pickup continues to experience supply chain problems that negatively impact its price, as shown recently when Ford raised Lightning’s base price by about $7,100. Despite this, the Lightning is still one of the most affordable all-electric trucks available on the market today, at least compared to rivals such as the Rivian R1T and the GMC Hummer EV. Since Ford started its marketing efforts for the F-150 Lightning, the veteran automaker did not hesitate to lean into the F-150’s reputation of toughness. The Lightning is essentially just an electric F-150, a rough and tough pickup truck that’s been a staple on American roads for decades. It then made perfect sense to advertise the Lightning as a true red-blooded pickup that just happens to be electric.

The all-electric pickup truck market is poised to become more competitive in the near future, with competitors like the Chevy Silverado EV potentially becoming a threat to the F-150 Lightning when it gets released. The Tesla Cybertruck is also now in its tooling phase in Gigafactory Texas, which suggests that the vehicle will indeed enter the market sometime next year.