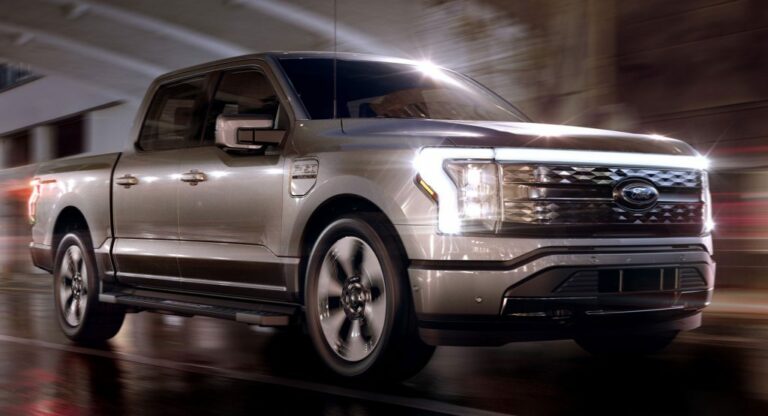 While torque remains at 775 lb-ft for both variants, the F-150 Lightning’s extra power results in more payload capacity. With the right options, the all-electric trucks could now haul a total of 2,235 lbs, an increase of 235 lbs. F-150 Lightning vehicle engineering manager Dapo Adewusi explained the vehicle’s improvements in the following statement.  “We were seriously focused on raising the bar on this truck, including after we revealed it, so we can deliver more for our customers. And our drive for continuous improvement will get a big boost when we start getting feedback and ideas from customers when they receive their Lightnings,” Adewusi said, according to Road & Track.

Ford seems pretty determined to adopt an underpromise and overdeliver strategy with the F-150 Lightning. Apart from the all-electric pickup’s power, the company also initially announced that it was targeting a maximum EPA-rated range of 300 miles. Ford announced Lightning’s final EPA figures in March 2021, which showed that the vehicle actually had a maximum range of 320 miles per charge. The average insurance cost for a Ford F150 is $112 per month.

The electric pickup truck market seems to be the next big frontier for EVs. The Ford F-150 Lightning, Rivian R1T, and the Hummer EV have started customer deliveries, but entries such as the Chevy Silverado EV, Tesla Cybertruck, and RAM 1500 BEV promise to make the all-electric pickup market very compelling for consumers. The Ford F-150 Lightning’s variants with a standard range battery were right on target. The company was targeting an EPA-estimated range of 230 miles per charge for the vehicles, and this was exactly the range that the trucks achieved in their final EPA tests. This is true for the F-150 Lightning Pro, XLT, and Lariat variants.

Linda Zhang, the chief program engineer for the F-150 Lightning, noted earlier that the vehicle’s better-than-expected final EPA estimates. It was due to the company’s efforts to improve the all-electric pickup truck. “We are laser-focused on continually improving our energy consumption efficiency for Lightning, and the team is really happy to deliver these results for our customers,” she said.