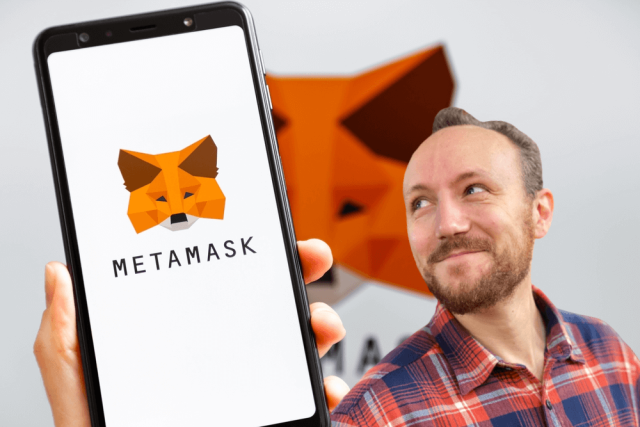 Dan Finlay who is the co-founder of the cryptocurrency platform MetaMask And who was also a former employee at Apple company mentioned in his recent interview that all the Crypto sector should completely leave the iOS store run by Apple company in their apple phones.

What is the view of Dan Finlay on apple’s in-app tax?

Finlay Mentioned this point stating that Apple levies approximately 30% as in-app purchase tax from all the applications which have been available on Apple phones. This taxation system is completely an abuse of monopoly by the Apple platform as per Finlay.

Apple platform has already been in the news previously when Apple had restricted to cryptocurrency Coinbase wallet software by disabling their NFT transfer functionality and writing down in that app “I stand in solidarity here”. As Finlay has been already working in a Crypto company he knows the working structure of the blockchain and the Crypto market so he has been supporting the view of the cryptocurrency exchange platform Coinbase against his former employee company Apple.

Recently Coinbase platform has announced that its users for Apple devices will not be able to access the Crypto company’s Coinbase wallet for trading and transferring their NFT through Coinbase’s iOS app. This has occurred on the Coinbase platform because Apple has been restricting the transactions of NFTs through Coinbase’s wallet. although they are paying the Apple tax of 30% to Apple’s IOS Store transactions Coinase Coinase will not be able to provide the Ethereum gas tax asked by the Apple platform in its recent announcement.

Finley treated his perspective against the Apple platform that all the Crypto industry should be prepared to spend on the monopolistic abuse by the Apple ecosystem who lives at approximately 30% of total transaction charges as the apple store uses fees.

Finlay further in his tweets remarks that as developer communities all tech enthusiasts should work together with each other in finding practical solutions to the technology and not imposing the censorship lost as Apple has in the iOS App Store.

Besides the views of Finlay, other tech founders were also critics of the hegemony of apple in the tech industry these other tech entrepreneurs were Epic Games CEO Tim Sweeney, and Polygon Studios CEO Ryan Wyatt. All of these tech founders showed the disclosure towards apples 30% in-app tax in its IOS store.

Although Apple has been cruel in its regulations on some platforms it has given some sense of flexibility to some tech Giants like Amazon in selling their physical Assets and Facebook for selling their products within the environment of apples IOS store.