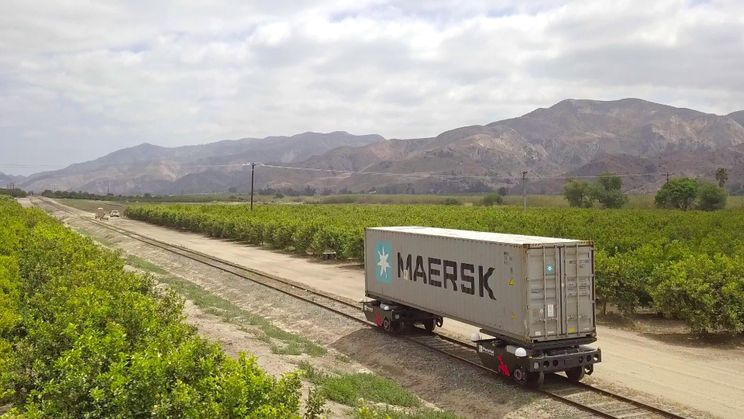 Matt Soule, a former long-time SpaceX engineer, partnered with his former colleagues at SpaceX on a new startup named, Parallel Systems. The startup will be working on electric and autonomous trains, which are rather not focused on by many railroads businesses. As the startup already raised $50 million in a Series A funding round, they are working on creating small autonomous electric-powered rail vehicles.

If it works, it could change the way how railroads are used in general. Railroads in North America were privatized over the last few years. As a result of not getting profits from smaller routes, they majorly focus on longer routes. Longer routes include the ones which are at least 3 miles.

However, Parallel Systems is working on a system where the cargo on individual Parallel Systems can be dropped without having to wait for the whole train to be unloaded. Each container will be able to move on its own, for up to 500 miles, and also band together for more efficiency.

This could bring cargo closer to market, thus reducing the burden on trucks, also allowing for smaller railroads routes to run as it was in the past. The system looks like the AI technology involved works in such a way that the individual cargo storage systems coordinate on their own. Thus bringing in a much more efficient system, with less labor involved.

Furthermore, the funding round for this start-up was led by  Anthos Capital, with additional investments from the likes of Congruent Ventures, Riot Ventures, and Embark Ventures.  Formerly the principal avionics engineer at SpaceX,  Parallel Systems CEO Matt Soule told dot.LA, “We’ve been pretty quiet about what we’ve been doing. Our website has been pretty barren.”

The startup was founded two years ago, with $3.6 million in seed funding and now the company raised up to $53 million to date. In addition to the autonomous feature, the trains will be electric, thus reducing the significant physical footprint of trains. They will be converting these trains from two-mile-long behemoths into “platoons” of 20-to-50 cars that wouldn’t require massive terminals for loading and unloading.  Soule said, “The opportunity we’ve been after is kind of decarbonizing freight from a new angle,”

While the system looks interesting, there are some critics of the idea. Executive director of the Massachusetts Institute of Technology’s Center for Transportation & Logistics, Chris Caplice said, “My first instinct was that this looks like SpaceX engineers getting bored and working on something that they know nothing about. They didn’t think about the larger system—whether it’s regulatory, the network itself, the rail operations, or the labor involved. I think they just found a technological solution to a problem they wanted to solve.”

Also points out how the company hasn’t hired any railways operations specialist. While the AI and other tech specialties are on board. The system on which Parallel Systems is trying to work on might need a complete revamp of the entire rail system. Thus complicating the system by failing to consider the realities of America’s existing rail network.

However, it should be noted that there are various countries like Germany where they have been working on autonomous trains and successfully running as well. As the startup is still working on the idea, it could be possible that in the coming years they could come up with a much more effective idea. Elon Musk’s Boring company is working on underground transportation. Maybe Parallel Systems could work on above-ground transportation. There are multiple possibilities.