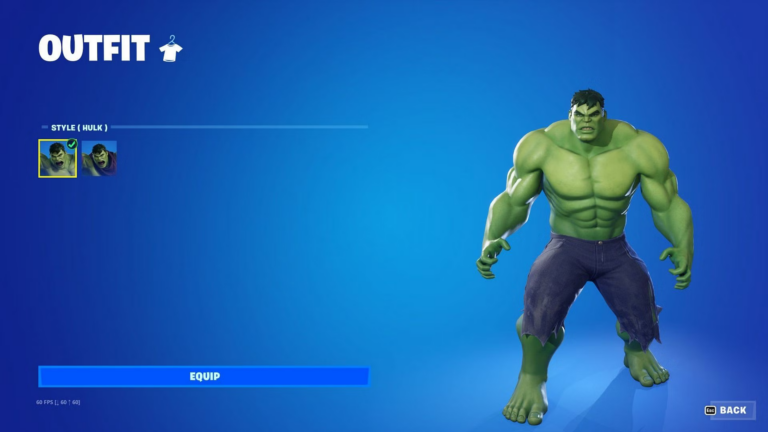 Fortnite leaks showed a new Hulk skin coming to the game with Season 1 of Chapter 4, and possibly gave us an indication of a release date for this skin, too. Based on recent leaks from Fortnite, Hulk is the new skin coming out really soon.

Here’s everything you need to know about all of the leaked skins and weapons for the game’s next chapter. Now, with Chapter 3 coming to an end, a lot of leaked skins and weapons from the game’s next Chapter started coming out. This article will cover everything you need to know about the new Hulk Skins in Fortnite Battle Royale.

While the skins and Hulk Emotes in-game are not quite as awesome as we would have liked, there is one other collaboration coming up. We do not yet know when it is going to begin, nor do we know when Hulk skins and emotes are going to hit the game, but for now, we can save those Battle Pass V-Bucks.

Since the Incredible Hulk is not one of the skins included with the Battle Pass, we are expecting that Hulk skins will be made available for purchase from the Fortnite item store, using real-world cash or V-bucks collected while playing Fortnite. We will make sure to update this page with the final details as soon as the Hulk skin arrives in the Fortnite Item Shop. Epic Games has yet to officially reveal when the skin will make its way into Fortnite but expect to see it, along with the rest of the Hulk cosmetics, drop into the Item Shop very soon.

The skin was first seen in the Chapter 4 trailer, and Epic Games has decided to make its debut during the first week of the new season. Leaks led to a Fortnite Chapter 4 map being leaked, as well as collaborations coming up, including some of the skins that we are going to see either in the battle pass or the items stored during Season 1.

The Fortnite chapter 4 map is being leaked along with some of the upcoming collaborations in season 1, including the Season 1 skins Geralt from The Witcher, The Hulk, and Doomslayer. New Fortnite leaks allegedly point to a Hulk/Fortnite crossover in The fourth chapter of season one of Fortnite. With Chapter 3, we got The Rock (Dwayne Johnson) skins in Fortnite, now a new campaign by Epic Games suggests that Hulk x Fortnite crossover is on the way.