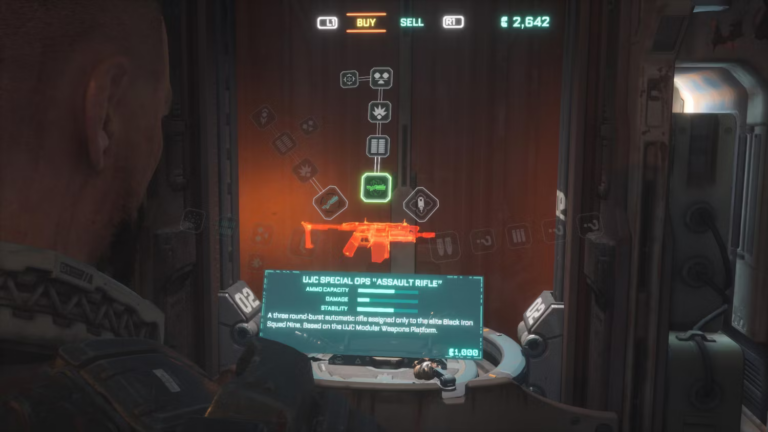 Take the schematic, and you can make it in a Reforger the next time you find one. The first schematic you will find is for a skunk gun, which is located in the “Aftermath” chapter. Unfortunately, the gun is not unlocked through the main story, so you actually need to look up its schematic in order to add it to your arsenal.

Instead, you can find the Assault Rifle schematics during the Colony Chapter, so make sure you purchase this weapon afterward at the Reforge. The Assault Rifle is a late-game unlock that gives you access to one of the only fully-automatic weapons in the game, so this guide shows you exactly where to find it, what upgrades you can get, and if it is even worth crafting. You will have to spend 1000 Callisto credits if you want to unlock the Assault Rifle to use, but it is well worth it since it is one of the strongest weapons in the Callisto Protocol.

Make sure you grab other trading items near the assault rifle schematic, as these will help you afford it if you are running out of Callisto Credits. Thankfully, crafting it once means that you will not need to bother carrying around a weapon schematic with the reforge, and the Riot Shotgun is certainly useful when trying to figure out how to rescue trapped workers at Callisto Protocol moments after that cutscene.

While a lot of these will be unlocked automatically as you progress through the story, you still have to gather the schematics of the 3 weapons in order to unlock them. You will find weapons starting from chapter 1 and continuing from the second through the last chapter.