It has been a few horrible months for Indian based financial tech start-up company BharatPe, and this past week has only exacerbated their worries as one of the founding members of the start-up Mr. Satyam Nathani has stepped down and left the company which he has been a part of since its inception. This now makes 3 top brass who have left the once promising fintech start-up company. 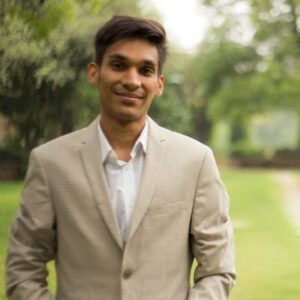 Just a few days prior, Mr. Nishit Sharma who was the CRO and Chandrima Dhar who was the head of institutional debt partnerships both left the company amid all the issues the group was going through.

These resignations are occurring at a time when the start-up is in the middle of a complete revamp of their governance and internal operations as they are also trying to get back the equity stock of Ashneer Grover, the co-founder of the start-up who was kicked out of the group at the start of this year.

Mr. Nathani played a paramount role in creating and building the company’s unique tech products and was an invaluable member of the daily functioning of the company as well. He didn’t complete his education at the reputed Indian Institute of Management, Delhi, he joined BharatPe and quickly proved his worth and value to the top brass by creating the QR code initial prototype and even introduced other services such as the ‘buy now pay later’ service which has become a staple in the Indian fintech industry. He also came up with the company’s P2P lending feature – 12% Club.

He was also going to be a paramount part of Unity Small Finance Bank which is an acquisition of BharatPe along with Centrum Financial Services who jointly acquired stake in the firm according to multiple sources although never officially confirmed.

However, this news does not come out of the blue for people working at the company as he already told the top brass of the company that he will be looking for different challenger and will be leaving them. According to a source, Mr. Nathani is looking to set up his own start-up in the near future.

The company still has not made a public comment of his departure.

The company was founded 4 years ago, and it has been wading through troubled waters for the past year with many top executives leaving the company including the co-founder, Mr. Ashneer Grover and even his wife, who was also forced to leave