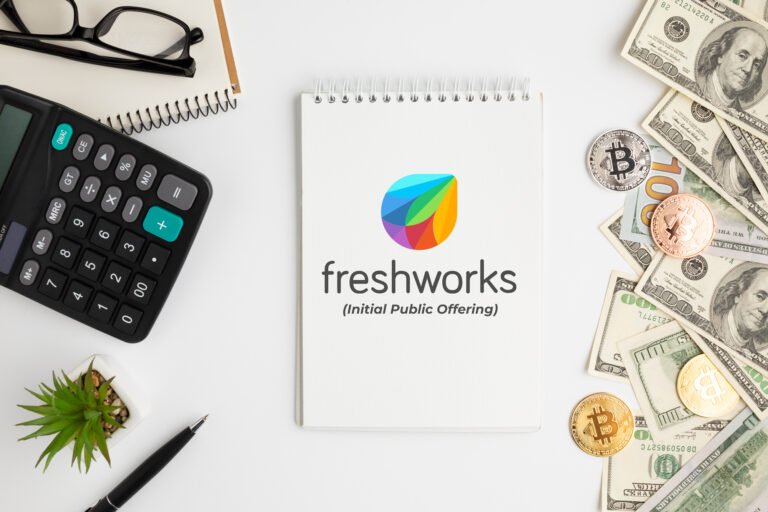 Freshworks Inc, the Software as a Service startup based in Chennai and Silicon Valley has filed for an initial public offering (IPO) to get listed on the Nasdaq based in New York City. According to its filing with the US Securities and Exchange Commission (SEC), the company is seeking to raise $100 million through its public offer.

Freshworks has appointed Morgan Stanley, JP Morgan Chase & Co, and Bank of America to manage the IPO as book managers. The 11-year old software-as-a-service (SaaS) startup proposes to float its stock on the Nasdaq Global Select Market under the trading symbol FRSH. It will be the second company from Chennai to getting listed on the Nasdaq, after Sify.

The volume of shares to be offered and the price range for the proposed issuance have yet to be finalized, which means that how the company will raise funds either by issuing new shares, offloading shares from existing investors, or a mix of both. Freshworks’ revenue climbed by 52.9 percent from $110.4 million in the six months ending June 2020 to $168.9 million in the first six months of 2021, according to the filing.

The startup will use the funds from the IPO for general corporate purposes, such as fulfilling working capital shortages, operational expenses, and other expenses. The SaaS unicorn, which was previously valued at $3.5 billion in November 2019 after it closed its Series H round raising $150 million, also stated that a portion of the net proceeds will be used for acquisitions or strategic investments in similar businesses, products, services, or innovations.

Freshdesk began its journey in 2010 as a helpdesk software for a customer service provider, founded by Mathrubootham and Shan Krishnasamy. In June 2017, it chose to rebrand as Freshworks to reflect the company’s expanding software portfolio.

The company was founded in Chennai but relocated to Silicon Valley a few years ago since the majority of its customers were based in the United States. Although the company is now headquartered in San Mateo, California, it still employs a significant number of people in Chennai, Tamil Nadu.

Freshworks has collected roughly $480 million in nine fundraising rounds, according to data platform Crunchbase. Accel, CapitalG, Steadview Capital, Sequoia Capital, Tiger Global Management, and others have invested in the company.

In the preliminary filings of the IPO, the SaaS unicorn honored the Indian actor Rajinikanth. Quoting “The code name for our IPO was Project SuperStar, named after the most successful movie star from Tamil Nadu, Rajinikanth. I want to express my love and gratitude to him for being my maanaseega guru. There is no comparable English word to express what this means. It is a mentor; a role model that lives in your mind, from whom you learn a lot by watching from afar. SuperStar is a man who is loved and worshipped by millions of fans globally. He is immensely successful yet humble and down to earth. Thank you, Thalaivaa!​”