Celsius CEO traded before the bankruptcy drama took over the firm 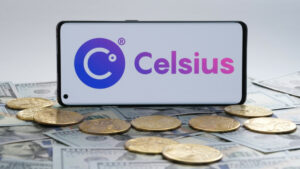 The market crash which happened in May 2022, definitely shocked the entire industry, as billions of dollars was wiped out. The valuation of the entire industry, for the first time from the past two years, fell under a trillion dollars. Crypto lending platform, Celsius, was also deeply affected by the market crash. Essentially, the company had lent most of its funds to a hedge fund company called Three Arrows, and the debacle that the market crash caused to the hedge fund company, made sure that, the crypto lending company also sank.

According to the reports, Celsius, went on to file for chapter 11 Bankruptcy in July and also discovered a hole of over a billion dollars in its balance sheet. First, the company went on to halt the withdrawal activities of the investors and finally succumbed to insolvency.

Alex Mashinsky is believed to have traded in the months before the market debacle, predicting the future market prospects and before the company filed for bankruptcy.

It is believed that, after taking the CEO position in January, Alex Mashinsky, predicted that crypto market could crash due to the inflated prices by the fed, and as his instincts grew stronger, he went on to over rule senior traders with decades of experience. In another instance, he went on to make a loss of over $40 Million through trading.

The investors of the company kept in disdain

The reports say that, the investors granted Celsius the authority “to use, sell, pledge and rehypothecate” their assets in accordance with the firm’s conditions of usage when they deposited their money. It follows that those clients might never see their money again, leaving the investors in disdain.

According to Financial Times, the company announced it had lost $1.2 billion on bets on Terra, Lido’s staked Ethereum token, Grayscale’s GBTC fund, and loans to the now-defunct hedge fund Three Arrows Capital. Not only that, Mashinsky also had multiple rifts going on with the Chief Investment Officer, Van Etten, who then went on to quit the firm in February.

Do you think Mashinsky used his power unethically? What do you think about the terms and conditions of Celsius? Share your thoughts in the comment section below. Also share this article with your friends and family, incase you find it informative.