A brief description about metaverse.

The two big competitors of Metaverse!

According to the reports, it is noted that, two giant companies Meta (formerly known as Facebook) and Apple are the top competitors in the race to dominate metaverse. According to the CEO of Meta, Mark Zuckerberg, Meta is the more reasonable option in comparison to Apple for the metaverse users. He added that the competition between both the companies will be cutthroat and be a competition of philosophies and ideas, to build the best consumer friendly experience.

From the very beginning of metaverse, Meta has been in its pursuit to dominate the industry. But as we critically analyze the steps and actions that the company is implementing, it is hard not to think that the company is following a monopolistic approach to get the market under its control. The company is going on to acquire its competitor’s markets, sometimes unethically. 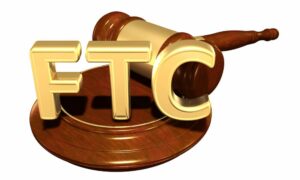 The Federal Trade Commission is doing its best to block the company from achieving monopolistic control on the market. The FTC even went to the extent of filing a suit against the giant. The allegations that were set by FTC were that, “Meta and Mark Zuckerberg are in the path to monopolize the metaverse by illegally acquiring a dedicated fitness app that proves the value of virtual reality to users.

According to me, monopolistic approach in any kind of industry is not a desired approach to handle the industry. The competition from competitors, a different regulatory framework and other external factors have to come in and make the industry more realistic and divide the powers equally among the players. The current Meta situation is not accepted by me, as they are looking to monopolize the metaverse. I would rather have the companies compete every now and then and improve the metaverse experience for the users.