FTX emerges as the saver of crypto market

Sam Bankman-Fried downs the white knight role to save the market.

The crypto market implosion has been catastrophic, as it has seen billions of dollars of the investors get washed out. The world’s most capitalized cryptocurrency Bitcoin also fell by at least 70% in the market crash, from it peak at $69,000 in November last year. Many big crypto institutions have been facing the heat in the market due to the prevalent situation and some of them have also turned insolvent. In the recent development of news, it was noted that, at least 25 cryptocurrency exchanges quit the market in the span of one month, showing the true affect of the market crash.

Amidst such turmoil, the only person and the only company that has been making efforts to save the market are Sam Bankman-Fried, the CEO of FTX and FTX itself. Sam Bankman-Fried, even went on to quote that, he has a few billions in his hands to shore up the struggling companies that possess the risk of destabilizing the market further. He also acknowledged that the worst of the liquidity crunch has passed.

Bankman-Fried’s company bails out crypto institutions such as Voyager and Block Fi.

As a result of losses from exposure to the cryptocurrency hedge fund Three Arrows Capital, Bankman-crypto-trading Fried’s company, Alameda Research, provided the cryptocurrency lender Voyager Digital with a $200 million cash and stablecoin revolving credit facility, as well as a facility of bitcoin. Voyager filed for bankruptcy on Wednesday.

BlockFi, a US bitcoin lender, received a $250 million revolving credit line from FTX in June as well. On Friday, an agreement providing FTX the opportunity to buy BlockFi based on specific performance triggers was unveiled.

“The main vision from the bailouts mentioned above is to protect the customer assets and stop the virus from spreading all over the market,” quoted Sam Bankman-Fried. 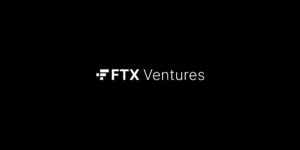 FTX announced FTX Ventures, a $2 billion venture capital fund with an emphasis on investing in digital assets, in January. Since then, it has used this money to assist in rescuing businesses who are short on liquidity but not assets.

Sam Bankman-Fried also acknowledged the fact that, there have been instances where he has used money from his own pocket to support the market. “There are times when the company’s money cannot be used without intimation to share holders and also the company’s responsibility is to save and protect the shareholders, so in such situations I am comfortable using my own money from my pockets,” stated Sam.