FTX on the verge of buying-out crypto lending platform BlockFi 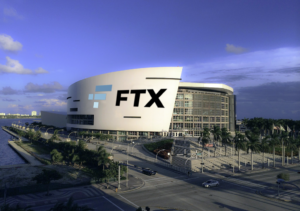 According to the reports, earlier it was stated that FTX, had signed a deal with Block Fi which stated that FTX would lend a credit facility of worth $250 Million to the crypto lending company. No information about the purchase of Blockfi by FTX was doing round. But as the news spreads in the market, new developments occur.

In the most recent development, it is believed that FTX is supposedly signing a deal to buy out the crypto lending company Block Fi.

The changes in the agreement between FTX and Block Fi.

According to the recent developments, it is believed that, FTX has signed an agreement with Block Fi, which will give FTX the ability to buy out the crypto lending company at a maximum price of $240 Million. The deal price is based on certain performance targets.

A source told CNBC on Thursday that a term sheet might be as cheap as $25 million and that it would be signed by the end of the week. Even at the top end of the FTX transaction pricing, it significantly reduces BlockFi’s worth. According to PitchBook, the company’s value last year was $4.8 billion and it is situated in Jersey City, New Jersey.

The signing of Term Sheet actually increases the worth of Credit Facility that FTX pledged to give.

The term sheet provides the crypto lending company with an increase worth of credit facility from FTX. The revolving credit arrangement for FTX was expanded from $250 million to $400 million. According to BlockFi executives, the company has “continued to run all our products and services regularly” and has “not tapped on this credit line to date.”

Block Fi’s justifications to move in with the credit facility.

The crypto lending company went on to point out the volatile nature of the market and the deal with 3AC are the main reasons that influenced them to go with the credit facility, risking the buy-out. According to BlockFi CEO Zac Prince, “outside of this transaction, we recognise that there is a lot of anxiety, uncertainty, and skepticism in the crypto markets.” “From where we stand, we continue to observe a thriving ecology.”