Fuel Prices See 6th Hike in a Week Petrol Up by 30 Paise; Diesel by 35 Paise

Fuel prices were hiked again on Monday, March 28, 2022, across metro cities for the sixth time in the last seven days. Petrol rates were hiked by 30 paise a litre and diesel by 35 paise a litre, according to a price notification of state fuel retailers. 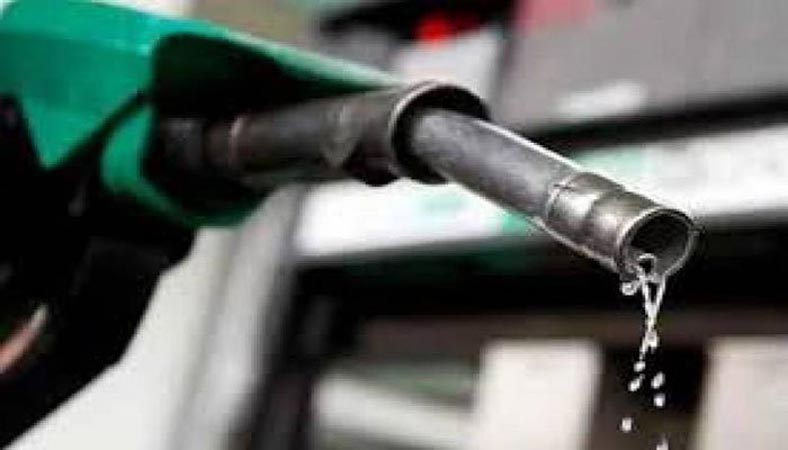 Rates have been increased across the country and vary from state to state depending upon the incidence of local taxation. On the first four occasions, prices were increased by 80 paise a litre. The steepest single-day rise since the daily price revision was introduced in June 2017. On Sunday, petrol price went up by 50 paise a litre and diesel by 55 paise.

Rates have been increased across the country and vary from state to state depending upon the incidence of local taxation.

Rates differ from state to state depending on the incidence of local taxes. In all, petrol prices have gone up by Rs 4 per litre and diesel by Rs 4.10.

India is 85 per cent dependent on imports to meet its oil needs.

This is the sixth increase in prices since the ending of a four-and-half-month long hiatus in rate revision on March 22.

Moody’s Investors Services last week stated that state retailers together lost around $2.25 billion (Rs 19,000 crore) in revenue for keeping petrol and diesel prices on hold during the election period.

Fuel rates were kept on hold amid the assembly elections in Uttar Pradesh, Punjab, Uttarakhand, Goa and Manipur.

CRISIL Research said a ₹ 9-12 per litre increase in retail price will be required for a full pass-through of an average $100 per barrel crude oil and ₹ 15-20 a litre hike. If the average crude oil price rises to $110-120.

State-run oil refiners such as Indian Oil, Bharat Petroleum, and Hindustan Petroleum revise the fuel rates on a daily basis. By taking into account the crude oil prices in the international markets, and the rupee-dollar exchange rates. Any changes in petrol and diesel prices are implemented with effect from 6 am every day.