Funding in startup dropped by 17% to $6 billion According to industry group Nasscom, funding for startups decreased by 17% quarter over quarter to USD 6 billion (about Rs 47,800 crore) in the April to June period. 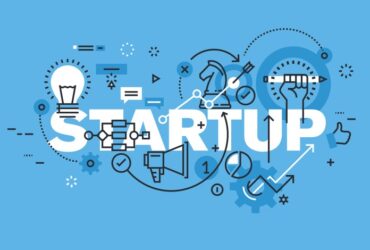 Funding in startups dropped by 17 percent to USD 6 billion on a quarter-on-quarter basis to USD 6 billion, about Rs 47,800 crore, in the April-June period, industry body Nasscom said on Friday.

According to the Nasscom quarterly investment factbook on tech startups compiled in association with PGA Labs, deals also dropped by about 17 percent due to dampened market sentiments but despite the reduction in deal value, funding in the growth stage continued to increase.

The report said, “16 large ticket size deals helped generate total funding of USD 6 billion in the second quarter (Q2) of the calendar year (CY) 2022. Startup ecosystem witnessed the birth of 4 new unicorns in Q2 CY22, taking the tally to 20 unicorns in the first half.”

Around 26 percent of the total funding went to the fintech segment.

“Large ticket deals like CRED and Dailyhunt resulted in an overall increase in total investments in fintech and media and entertainment sectors, contributing around 45 percent of total funding in Q2, CY22,” the report said.

52% of funding was in the ticket size of $100 million or above with Dailyhunt and ShareChat raising big rounds.

Growth stage deals contributed 58% of the total funding during the reported quarter as the investors-backed startups have already reached a certain scale, it said.

Separately, as per the report by Tracxn, a market intelligence platform, Indian startups raised a total of $6.9 billion in the second quarter of the year 2022 declining by 33% sequentially.

New unicorns like Leadsquared, Purplle, PhysicsWallah, and Open witnessed their valuation swell up to $31.8 billion in the past quarter (Q2 2022). Startup funding dwindles by 17% to $6 billion in April-June: Nasscom.

The winners will be rewarded with prize money of Rs 3 lakh, with the total prize pool of the hackathon set at Rs 6 lakh. Participants can enter the competition individually or in a team of up to four members.

This soon-to-be-launched multifaceted sports city will be home to cricket stadiums, a sportsplex, a sports cafe, gym, e-sports zone, cottages, running tracks, a first-of-its-kind 3D immersive sports museum, sports library, and an arena for other sports, among other things.

Hyperlocal location AI startup GeoIQ on Thursday said it plans to expand its team by 2X in FY23. These roles are primarily in line with its expansion plans across India and overseas across both leadership and mid-level positions to lead its data teams in the financial and eCommerce sector.

Through its AI-powered intelligent platform, the potent marketing tool aims to revolutionize the way eCommerce brands target, reengage, and manage their customers on WhatsApp, assisting them in driving higher conversions and boosting revenue by 11X.

Customers are 70% more likely to make purchases after receiving personalized messaging from BIK.ai, helping brands increase sales. Focusing on the daily active WhatsApp user base of over two billion, it also enables brands to reach a wider audience.